It happens every year: as dawn breaks over the peaceful surrounds of certain South Australian waterways, gunfire suddenly rings out and innocent birds begin a desperate fight for their lives. In the so-called ‘sport’ of duck shooting, one party has fun and the other dies – often slowly.

Many South Australians remain unaware that duck shooting is still legal in our state. Here’s our list of the top 7 things you didn’t know about duck shooting – and why this ‘sport’ must end now. 1. ‘Protected’ birds can be shot for sport in South Australia.

At least two million migratory waterbirds visit Australian wetlands each year, representing at least 36 different species. Despite being “protected” (a species of animal which it is forbidden by law to harm or destroy), certain duck and quail species can be hunted during a designated season.

For five months of every year (from February to June), shooters can obtain permits from the State Government to shoot native waterbirds living on South Australian game reserves. This season only two of the ten game reserves (Bool Lagoon and Bucks Lake) are closed to shooters.

2. 40% of waterbirds are wounded, not killed outright, by shotgun pellets.

Duck shooting is currently legal in South Australia and Victoria. Both those for and against the shooting of native waterbirds agree that a percentage of birds (up to 40%, according to some studies) will be injured rather than killed outright. Anecdotally, it appears that most of the birds shot are not eaten, but simply shot for entertainment. 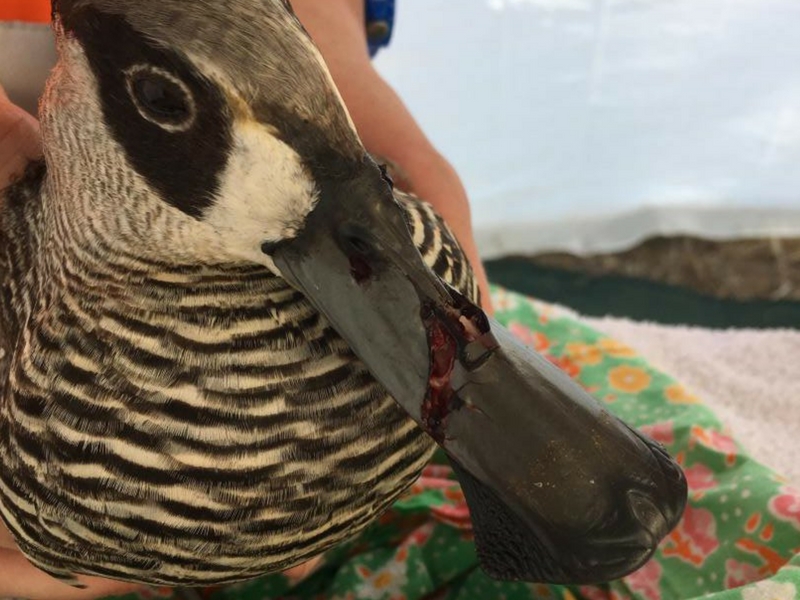 No mandatory requirement exists for shooters to report to the State Government the number of birds they kill and/or injure. And South Australian duck shooters don’t have to retrieve the ducks they have shot before continuing to shoot others.

National Park rangers have the task of monitoring shooters during the SA duck shooting season. However, they are not present at all shooting locations when shooters are in action – especially as much of the shooting in SA takes place on private land, where no monitoring at all is required.

4. Eight native species are legally under fire this shooting season.

Shooters can take aim at eight different native waterbird species. But the blue-winged shoveler is not allowed to be shot during the current season because “waterfowl surveys undertaken across South Australia indicate that the population trends for this species does not enable sustainable hunting in 2018” (from South Australia’s Department for Environment and Water website).

Native waterbird population studies like this are primarily done to ensure hunting does not reduce numbers to a critical level. Hence, the removal of the blue winged shoveler from the list of species that can be hunted in South Australia. 5. Shooters only need to pass one test of ability to recognise different species before opening fire.

In an effort to ensure shooters only fire at the eight permitted species they are required to pass a once-only Waterfowl Identification Test. A minimum of 75% correct answers constitutes a pass.

A recent government commissioned report on the Game Management Authority (GMA) in Victoria found that duck shooting is poorly regulated in Victoria, and hunting laws are impossible to effectively enforce.

It also found that the GMA’s relationship with pro-hunting organisations is “too comfortable”. (Pegusus Economics Report 2017) Three Australian states – New South Wales, Western Australia and Queensland – have already banned duck shooting. At the time of introducing the Queensland ban in 2005, then-premier Peter Beatty said: “This is not an appropriate activity in contemporary life in the Smart State.”

But calls for a ban on shooting in South Australia have so far fallen on deaf ears. Now that you understand the tragedy of duck shooting, please join us in demanding an end to the legal shooting and maiming of waterbirds. Learn more here.