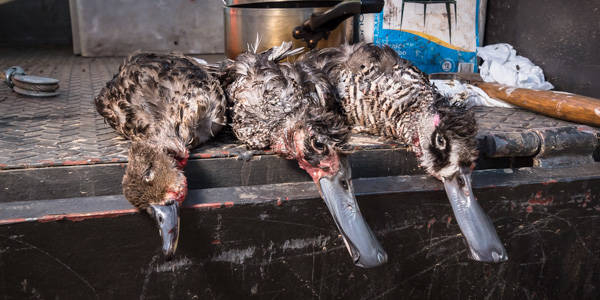 A cruel and unnecessary 'sport'.

Research conducted in SA in 2020 found, once respondents learned of the high rate of birds wounded but not killed outright, almost three quarters wanted duck and quail hunting stopped (ReachTEL, 2020).

And almost three quarters said they would support their MP to push to end duck and quail hunting.

The poll also found 7 in 10 respondents would be deterred from visiting an area with shooters present.

When Queensland’s then-Premier, Peter Beatty, announced the ban on duck hunting more than a decade ago, he said it was “not an appropriate activity in contemporary life”.

In announcing the ban in Western Australia in 1990, then-Premier, Dr Carmen Lawrence said “Our community has reached a stage of enlightenment where it can no longer accept the institutionalised killing of native birds for recreation”.

Yet, more than 30 years later, this activity continues here in South Australia, despite broad community support for a ban.

JOIN THE CALL FOR CHANGE Avitourism is the future – duck shooting is the past

Our native birdlife and wetlands already exist, little infrastructure is needed and regional economies will benefit.

South Australia is blessed with the natural assets to become a bird watching hub. Our state’s Tourism Plan has already committed to –

“..investing in emerging niche markets including bird watching..” (see Nature Like Nowhere Else: Activating Nature Based Tourism in South Australia)

Duck hunting wounds at least one in every four ducks shot

When a gun is shot into a flock of birds it is common for many birds to be  wounded, not killed. That’s because shotgun cartridges, when fired, create a spray of pellets which often miss a bird’s vital organs.

An Australian study (Norman & Powell, 1981) found at least one in four native ducks shot are wounded (not killed outright). About half the wounded birds will survive, while the other half will be crippled. Many of these will suffer a slow, painful death due to starvation, predation or exposure.

SPEAK UP FOR WATERBIRDS

12% of captured ducks have shotgun pellets in their bodies

Not all waterbird hunting in South Australia occurs on public game reserves. Many wetlands used by hunters are on private properties, making them even less visible to the public and to regulators.

Whether hunting on public or private land (with landowners permission), recreational shooters are required to have completed the Waterfowl Identification Test (a one-off test known as the WIT) and must possess an Open Season duck hunting permit. Recreational shooters must only shoot during the declared open season, and must comply with bag limits and with the Code of Practice for the Humane Destruction of Birds by Shooting in South Australia.

Compliance with this Code is a condition of the duck hunting permit. The Code requires shooters to kill injured birds humanely, but permits do not require hunters to undertake training or demonstrate competency in this crucial skill.

The Code also states that: 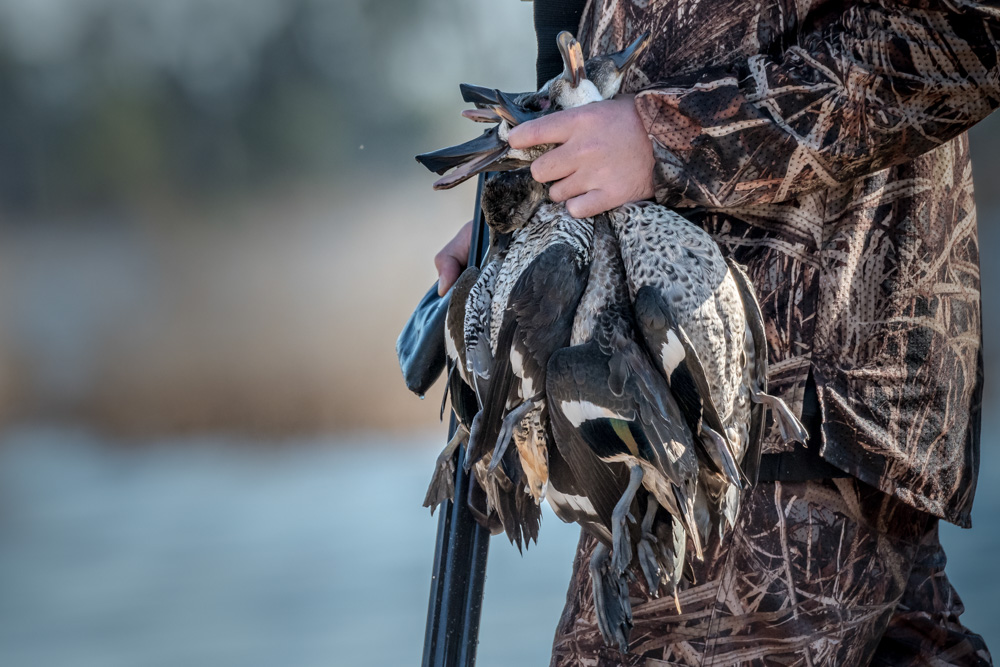 Due to insufficient monitoring, we do not know how many non-target (including threatened) species are shot by mistake or how many wounded birds are not retrieved and killed humanely. A government commissioned review of Victoria’s Game Management Authority found that the GMA was unable to ensure compliance with hunting laws. The findings of this review seriously undermined the GMA’s credibility as an independent and effective regulator.

There is little evidence to indicate the SA regulator, South Australia’s Department for Environment and Water, does not face the same compliance problem.

Read more on the GMA’s compliance and enforcement function here.

The 2019 Eastern Australia Waterbird Survey raised concern for bird populations across the country. It concluded:

Echoing this outlook, the SA Department of Environment and Water 2019 Waterfowl Abundance Report found: “The spring 2019 waterfowl and wetland survey results, coupled with the current climate forecasts, demonstrate a generally poor outlook for ducks, other waterbirds and wetland environments in general.”

In the 2020 season, shooters were permitted to take 4 ducks per day and were prohibited from taking any quail due to conservation concerns. This is a reduction from the 2019 season, when shooters could take 8 ducks and 15 quail per day. Our aim and how you can help push for change

The only way to protect birds from the inevitable suffering caused by recreational duck hunting, is to ban it.

The inclusion of a new regulation under the South Australian Animal Welfare Act would be a quick and easy way to make recreational shooting of our native waterbirds illegal.

Your voice can make a significant difference. Email Premier Marshall using this simple form, and ask that he support a ban on duck hunting in South Australia.

And in the interim, while duck hunting continues, ask our leaders to prohibit the use of shotguns for killing ducks, since it is almost impossible to humanely kill all birds flying together in a flock using a shotgun.

JOIN THE CALL FOR CHANGE