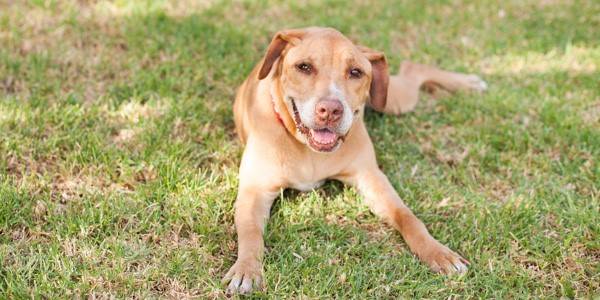 A 43-year-old Parafield Gardens woman has escaped conviction in Elizabeth Magistrates Court, despite pleading guilty to charges of extreme animal neglect.
Axel was surprisingly affectionate when found by RSPCA Inspector Verity, even though he was in unbearable pain – because his tail had been ripped off.
A Seaford woman faced the Christies Beach Magistrates Court last week on charges relating to the extreme neglect of her one year old Angora cross rabbit.
VIDEO: "I fell in love with Pierre instantly and was overjoyed when he was brave enough to love me back."
Feeding your beloved dog a nutritious diet can be tough when money is tight. Use these top tips to ensure your pooch stays healthy without breaking your budget.
With just five weeks until Christmas, charities are preparing to help people in financial difficulties – and RSPCA is not forgetting four-legged family members.
When Inspector Shelly first attended a Paralowie house last year, she found number of terribly thin cats. Even worse: a kitten with a severe eye injury.
Five kittens are lucky to be alive after someone left them inside a closed bin behind a car parked in a driveway in Woodville Gardens this week.
Three separate cases of Canine Parvovirus (CPV) in the Whyalla area have prompted RSPCA South Australia to urge dog owners not to ignore calls to vaccinate.
"Our Guardian Angel Christmas appeal gives animal lovers the chance to contribute to the care of animals in need until they find their forever homes."
© Copyright 2021 RSPCA South Australia