The decommissioning of the last RSPCA South Australia feeding stations on Kangaroo Island this week marks a milestone in the gradual scaling back of our Emergency Response to January’s devastating bushfires.

However, we will continue to supply landholders and rescue groups with feed to distribute to wildlife until spring, by which time natural vegetation is expected to be sufficient in most areas on the island. 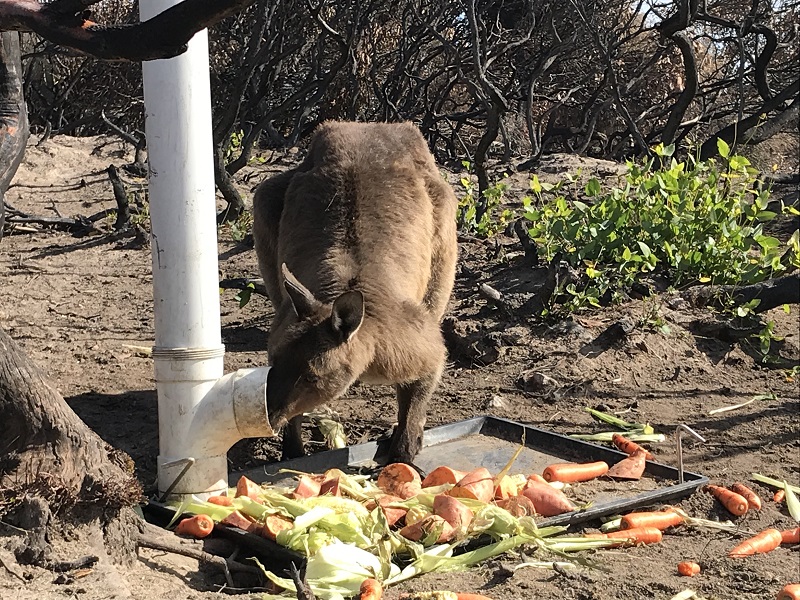 Entirely funded by our Bushfire Appeal, the wildlife feeding program aimed to prevent animals starving due to loss of habitat

The fires burned about 200,000 hectares of land, almost half the island, including prime wilderness areas such as Flinders Chase National Park.

Two people, more than 43,000 farm animals and countless native animals and birds perished in the fires, the worst in the island’s recorded history.

During the five-month program, RSPCA volunteers and staff distributed more than 66 tonnes of feed to sites across the island. Motion-activated cameras captured images of hundreds of native animals and birds at the feed and water stations, which numbered 89 at their peak.

“Apart from seeing hungry wildlife chowing down at our feed stations, the best part of my job has without doubt been working with so many dedicated and determined people,” Melanie tells us.

“Some of our volunteers returned week after week, driving all around the island to keep the feed and water stations full and to drop-off feed to landholders.

“We’ve been on a mission to stop animals starving – and it’s worked.”

The gradual greening of the island’s landscape is providing opportunity for wildlife to forage, although areas that endured the most intense fires remain barren.

“I’m proud to have led this program – it’s not only saved animals but also eased the physical, financial and emotional toll the fires have taken on individuals,” Melanie says.

“No-one values this wildlife more than the islanders, and the support that’s come from people all around the world has demonstrated how widespread the horror was after these awful fires – and how equally widespread the desire has been to help everyone – animals and humans – recover.

“We’ve seen the very best of humanity at this time.”

Melanie even spotted the rare Black Tiger Snake enjoying the shade below one of our feeding stations.

For now, all remaining donations in the Bushfire Appeal are continuing to fund the supplementary feeding of Kangaroo Island’s wildlife by the local community.

Longer term,  any surplus funds will be used to improve SA’s capacity to rescue and care for wildlife during, and in the aftermath of, bushfires.

All initiatives will align with recommendations made by the State Government’s Wildlife and Habitat Bushfire Recovery Taskforce.

The Minister for Environment and Water, Mr David Speirs, established this Taskforce in January to provide independent advice to the government on wildlife recovery after bushfires. It is expected to report to the government later this year. 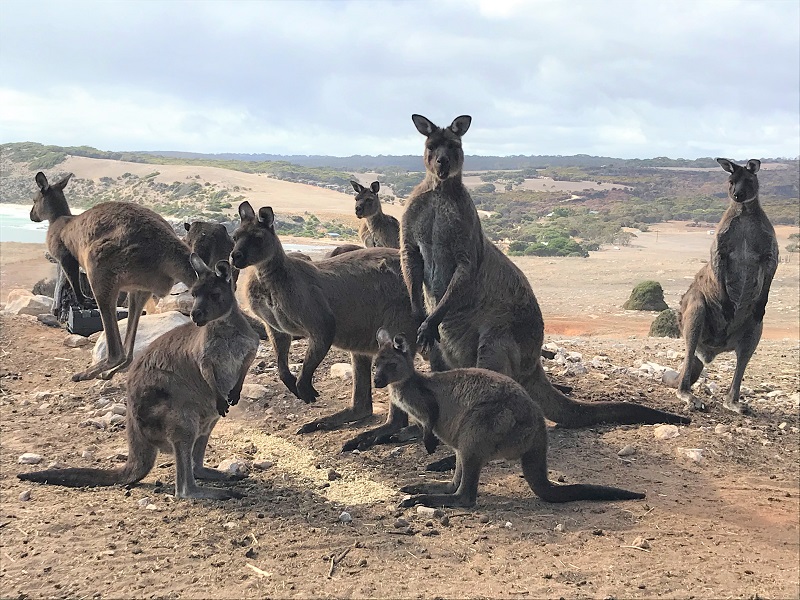 While our program feeding wildlife on Kangaroo Island is scaling back, the work of staff and volunteers caring for and rescuing animals back at our Lonsdale, Whyalla and Port Lincoln shelters continues.

In the last financial year, we cared for 8,309 animals in need, on top of our support for bushfire-affected wildlife.

The best way to support the ongoing work of RSPCA’s frontline animal care and rescue services is to become a regular donor, with as little as $20 a month making a huge difference to the life of an animal in need. Learn more about joining RSPCA’s Rescue Team of regular donors.