Desperate, alone and roaming the streets, poor Zeus (previously known as Popeye) was struggling to survive between each meal.

Like the hundreds of stray animals that end up in the care of RSPCA South Australia, Zeus’ life remains a mystery.

We have no idea how long eight-year-old Zeus was doing it tough, his physical scars a testament to a hard life outdoors. 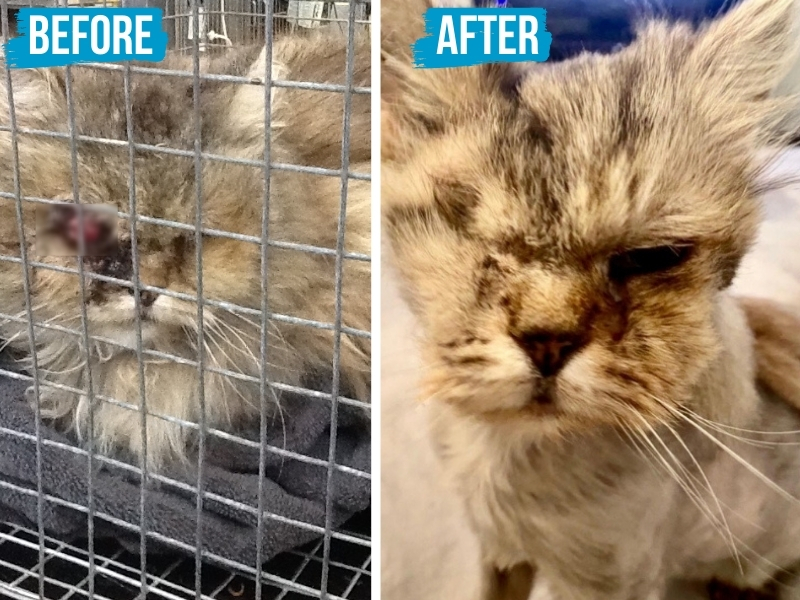 When Rescue Officer Nalika found Zeus, he was in immense pain.

“His right eye was bulging out the front of his head. You could tell it was causing him a lot of discomfort,” said Nalika.

“On top of this, the poor baby’s fur was so severely matted it was pulling on his skin.” 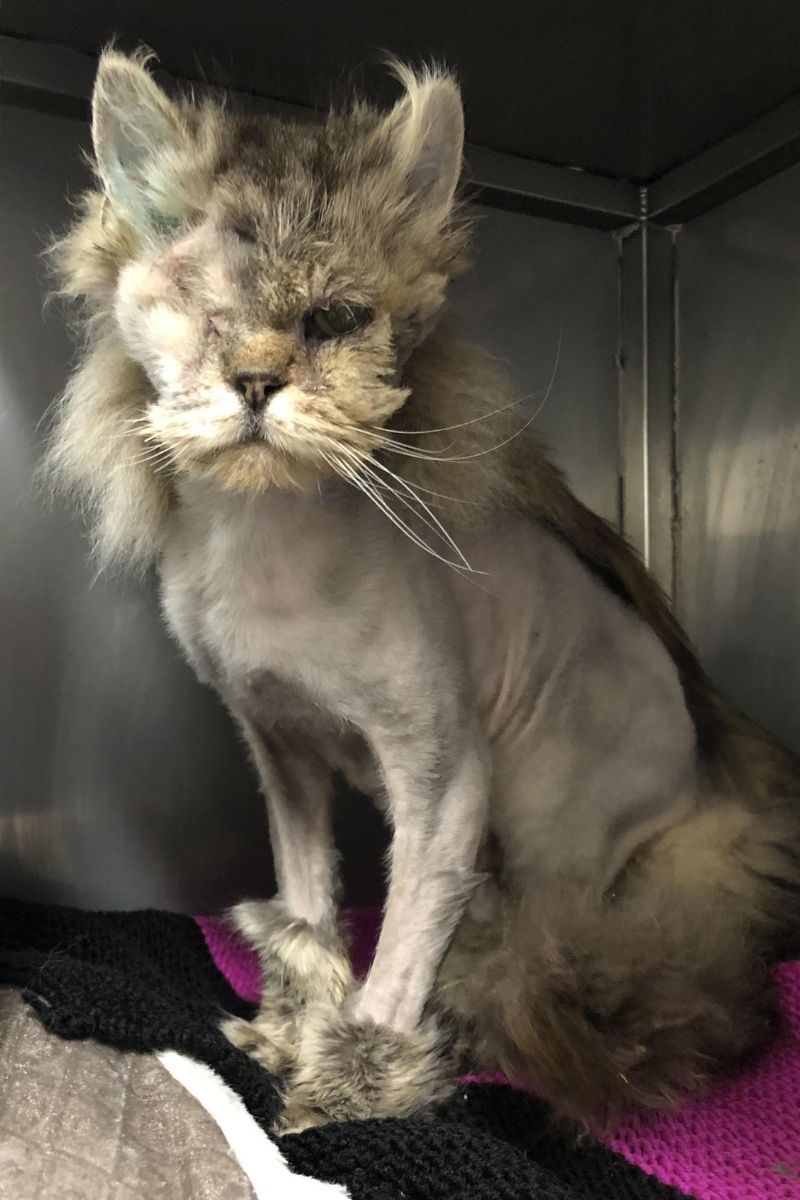 Chief Veterinarian Brad Ward was saddened to see how much Zeus was suffering.

“I suspect this kitty had been homeless for a while,” said Dr Brad.

“He was in desperate need of a haircut and some dental work.”

Our vets were also forced to make a tough decision – Zeus would need to lose his right eye. It had become badly infected and was causing him immeasurable pain. Our community’s outpour of support helped give Zeus a fighting chance.

The poor old puss had a long road to recovery, with the vet team estimating his rehabilitation would cost $1,500.

Thankfully, generous donations from big-hearted animal lovers made it possible for Zeus to get the help he needed.

Now on the mend, this distinguished looking gentleman was needing a home to call his own – and our cat-care team got busy finding one! Don’t judge a book by its cover.

Despite his rough exterior, Zeus is a gentle and loving cat.

“This kitty is surprisingly affectionate, very cute and loves being held. We wanted him to have the best future possible,” said Dr Brad. A bright future for the God of Lightning.

Stacey said she wept when she first saw photos of Zeus on our Facebook page.

“When I saw the post it completely broke my heart, and I knew from that very moment I just had to have him. He just looked so sad,” she said.

“He’d obviously been through a lot and I just felt like he hadn’t had a good life before – I just wanted him to enjoy a good life in a happy home.” Stacey and her family decided the name Zeus was a perfect fit for the cat who had been through so much.

She says it has taken him a while to find his feet, but Zeus is now loving life in his new home.

“It’s like he has a little bit of kitten in him again. He has a habit of stealing food, he’ll steal food as soon as you turn your back. But he’s sneaky about it,” said Stacey.

“He’s just got this really sweet, soft personality, but when he gets playing with a toy, he turns into a different cat.  He just chases things around the floor; it doesn’t even have to be a toy, he loves chasing pen lids.” Stacey has fallen in love with Zeus’ gentle nature.

“He’s just starting to come and sit on our laps but he still doesn’t like to be picked up. He likes to sleep next to you on the couch or the bed, and he sleeps a lot. He’s very, very smoochy,” said Stacey.

“I’ve got floorboards throughout my whole house and when we got him it was a bit cold. Because he’d been mostly shaved to get rid of his matted fur, we thought we’d better knit some jumpers and we also found some socks that matched the jumpers. He likes them on at night when his paws get cold.”

Thank you for supporting our Animal Emergency Fund and helping us create happy endings for cats like Zeus. Head over here to see our current emergency appeals.