They love to run and explore, go on beach adventures and even chase seagulls! These two little rescue dogs may not have any eyes, but being blind certainly doesn’t slow them down.

Found wandering alone, Lolly was in so much pain

Lolly was found wandering the streets of Burton in April 2016, all alone and completely blind, with only her sense of smell and hearing to guide her way. Thankfully, a kind-hearted person took her to a veterinary centre, where they contacted us for help.

At first sight, Lolly looked terrible – both of her eyes were bulging, a cloudy blue colour, and looked ready to burst. Her eyes must have been incredibly painful but, despite this, Lolly proved to be a well-mannered little lady. 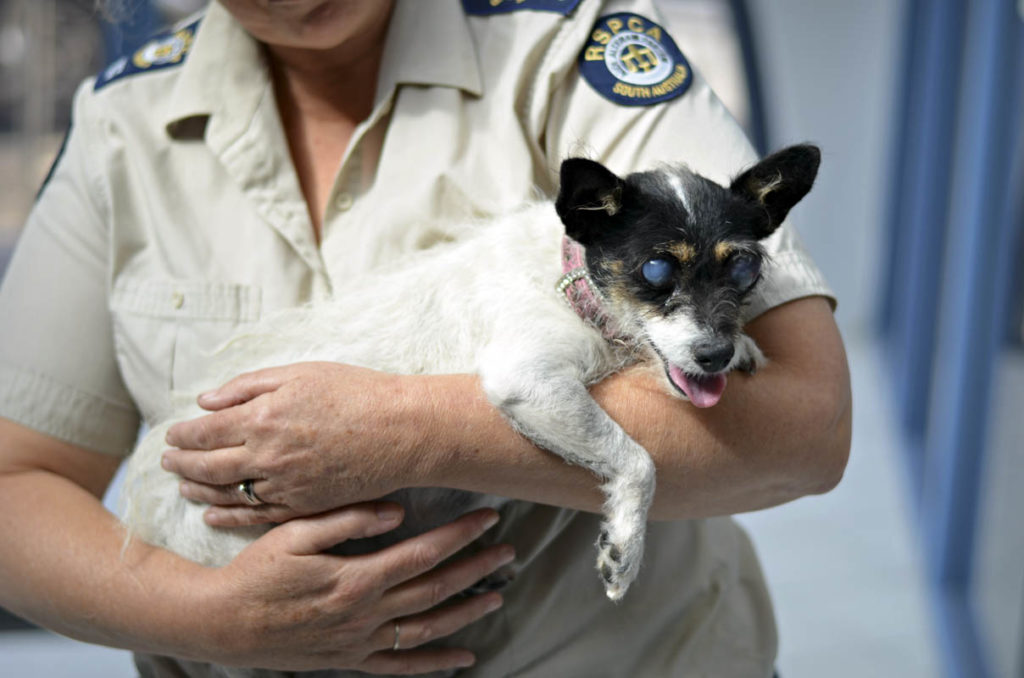 She quickly worked her way into the hearts of our rescue officers, and was taken under the wing of Rescue Officer Brigitte – who looked after her overnight, until an appointment with a veterinary eye specialist could be arranged.

The specialist diagnosed Lolly with chronic glaucoma (long term, increased pressure within the eyes caused by inadequate drainage of fluid). The normal pressure in a dog’s eye is below 25 – Lolly’s eyes measured over 70! We were staggered by the painful pressure she would have been enduring.

Lolly’s eyes would have been a source of ongoing pain and infection, and would rupture if nothing further was done. The recommendation was to remove both eyes as a matter of urgency. Our rescue officers took her down to our veterinary team, where she received the surgery she so desperately needed straight away. Freed from agony, Lolly gets a new forever home

Lolly recovered well from her surgery – she navigates her surroundings with little problem – and many people don’t even realise she’s blind. She loves a scratch behind her ears and a gentle voice to guide her way. 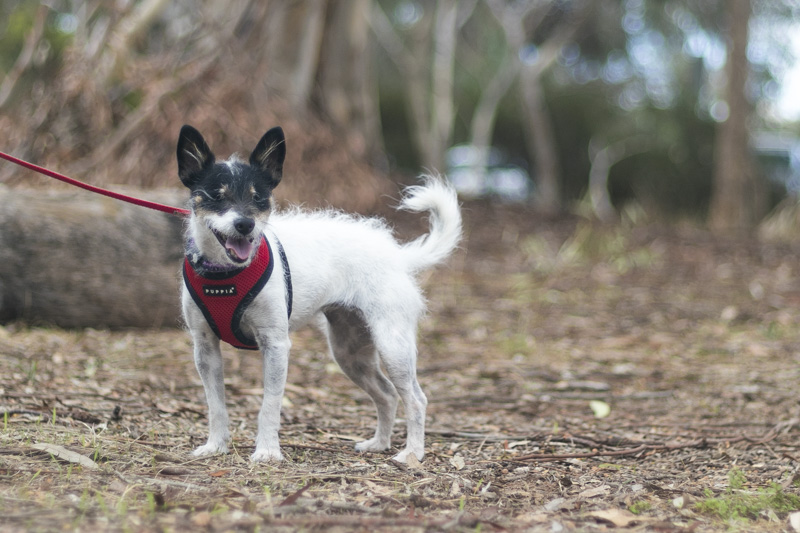 When it was time for Lolly to find her very own family, it turned out she didn’t need to look very far – Rescue Officer Brigitte couldn’t bear to let her go, so Lolly became part of her forever family!

“She’d been with me for quite awhile and she’d bonded. I never intended on having a blind dog, but once she bonded, I didn’t want her to go through that whole process again … so she ended up staying with us,” Brigitte recalls. “She’s absolutely amazing. I just adore her. She’s such a happy little soul, so confident and full of life.”

About 18 months after little Lolly’s rescue, another dog arrived at our Lonsdale shelter in a simply awful state. Thirteen-year-old Sugar had been found wandering at Christies Beach – her rescuers immediately knew something was seriously wrong by the elderly Poodle’s terrible smell. 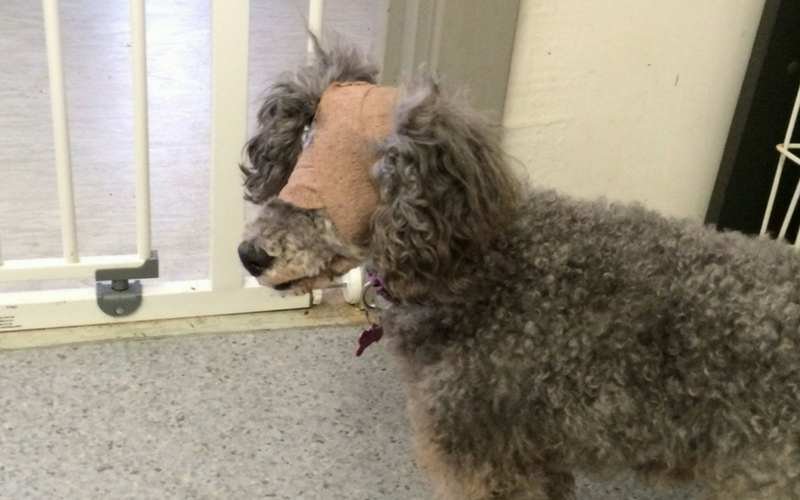 Our veterinarians, horrified by this poor old girl’s suffering, soon confirmed the cause: Sugar had such painful and advanced dental disease that multiple teeth were rotting inside her mouth. We immediately operated to remove these putrid-smelling teeth.

Worse yet, Sugar was also suffering such chronic eye disease and such severe conjunctivitis that her eyes had begun to waste away in her head. There was simply no chance of saving her eyes – they both had to be surgically removed, leaving Sugar totally blind. 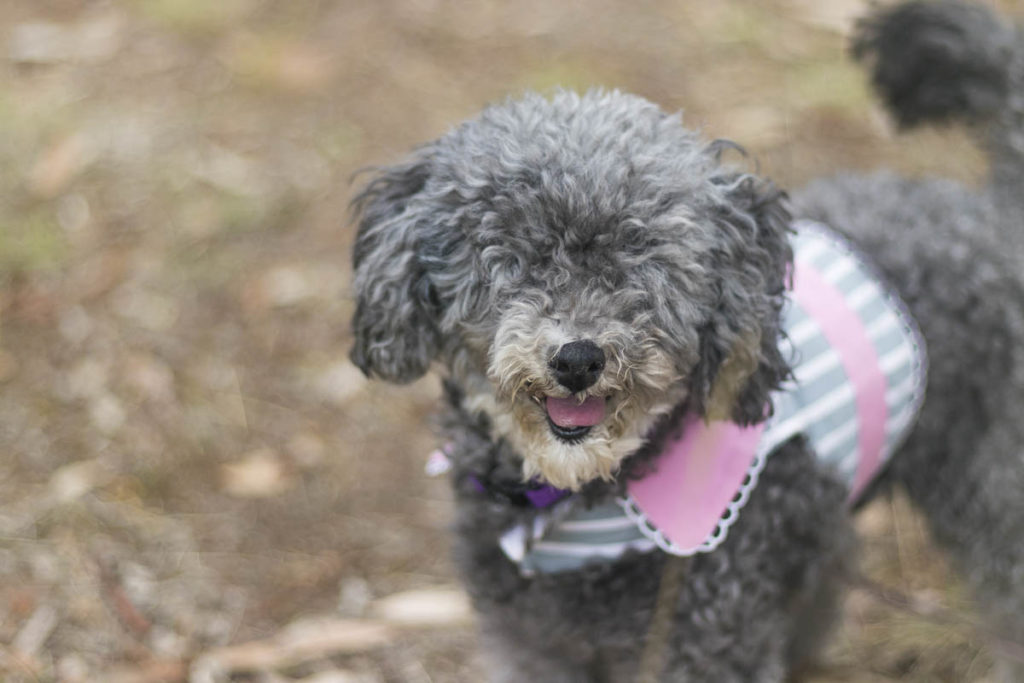 But, because her sight had been so poor for so long, Sugar immediately perked up once freed of severe pain.

At first nervous and prone to anxiety, Sugar’s life changed when Rescue Officer Brigitte stepped through our Lonsdale shelter doors. “I just felt so sorry for her. I thought, ‘If she gets on with Lolly, I’ve got one blind dog so I may as well foster another,'” Brigitte recalls. 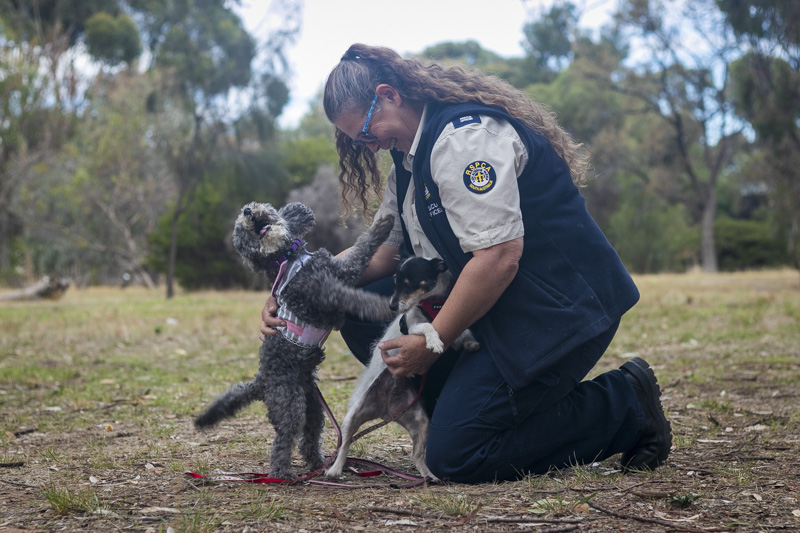 Problem was, Sugar settled in so well, that Brigitte soon felt compelled to adopt her permanently, too! “They get along really well now, they sleep snuggled up with each other and have their little jarmies on when it’s cold. Sugar loves her jarmies!”

In April 2018, Arhondidis faced court. He pleaded guilty to neglecting Sugar, facing charges for failing to mitigate harm and neglect. The magistrate ruled in RSPCA’s favour, issuing Arhondidis with a two-year good behaviour bond and ordering he pay $3,470 in veterinary and legal costs.

A happy life full of love for Sugar and Lolly

Both Sugar and Lolly have now put their awful pasts well and truly behind them. 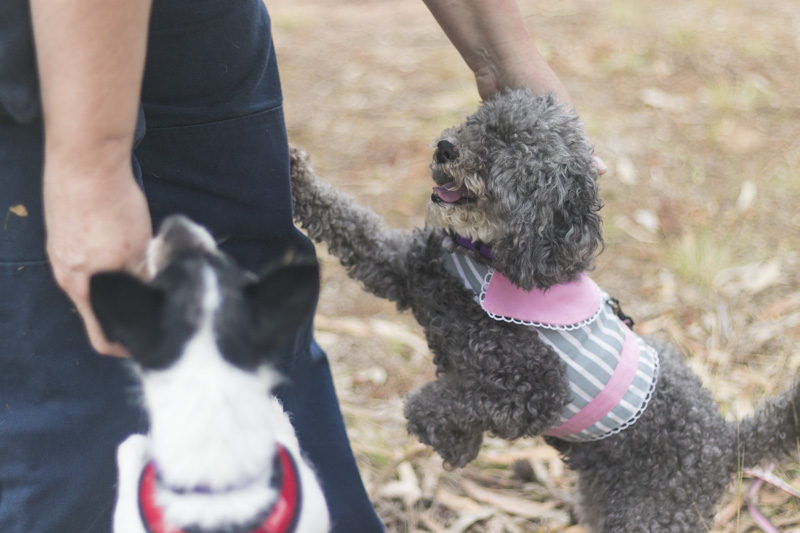 “To see the difference in them, they’re just totally different dogs. Both of them were just skin and bone when they came in, and they didn’t start putting on weight until they felt confident and safe. The change was immediate once they started feeling comfortable and happy and safe,” Brigitte says.

“They love going for walks. A lot of their walk is spent sniffing, so it takes a long time to go anywhere. It’s one of their pleasures in life.

“We take them over to Yorke Peninsula quite a lot. They love the water. Lolly loves to chase the seagulls as best as she can with her big bat ears. They’re just like normal dogs.” 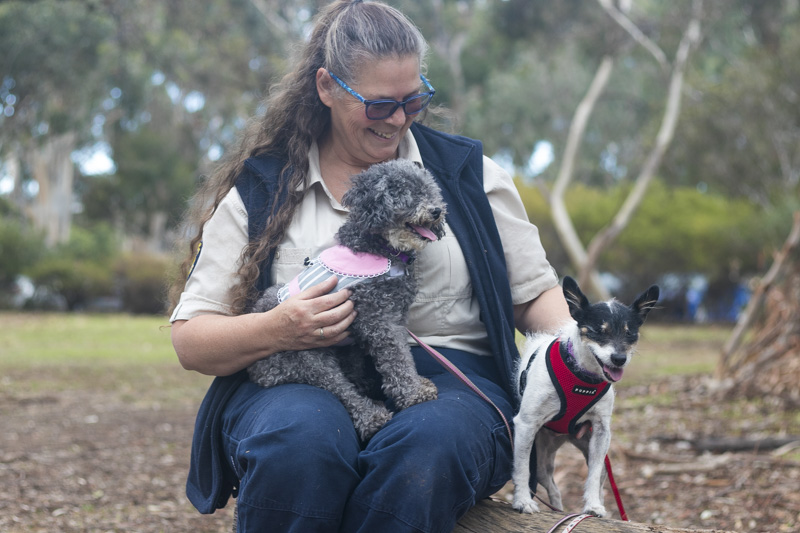 Brigitte says she takes her role as Lolly and Sugar’s guardian – their eyes, even! – very seriously.

“To me, my job is to make sure they feel safe, secure and happy all the time. It just never ceases to amaze me, with the things I see in this job, that dogs especially can trust. To give them a second chance is so rewarding.”

It’s only thanks to kind supporters that we could give Sugar and Lolly a second chance at a happier life – we rely on community donations to keep our animal cruelty inspectors on the road. Learn more about our inspectorate here.

5 thoughts on “Meet Sugar and Lolly, two adorable rescue dogs – who both have no eyes!”