An RSPCA South Australia Rescue Officer has made a long-distance mercy dash to Port Pirie to collect twelve puppies originally left in a plastic crate at Whyalla’s council dog and cat centre this week.

The officer then transported the ten male and two female puppies, so young their eyes have barely opened, 250 km to RSPCA South Australia’s Lonsdale shelter, where the veterinary team was on standby to receive them. 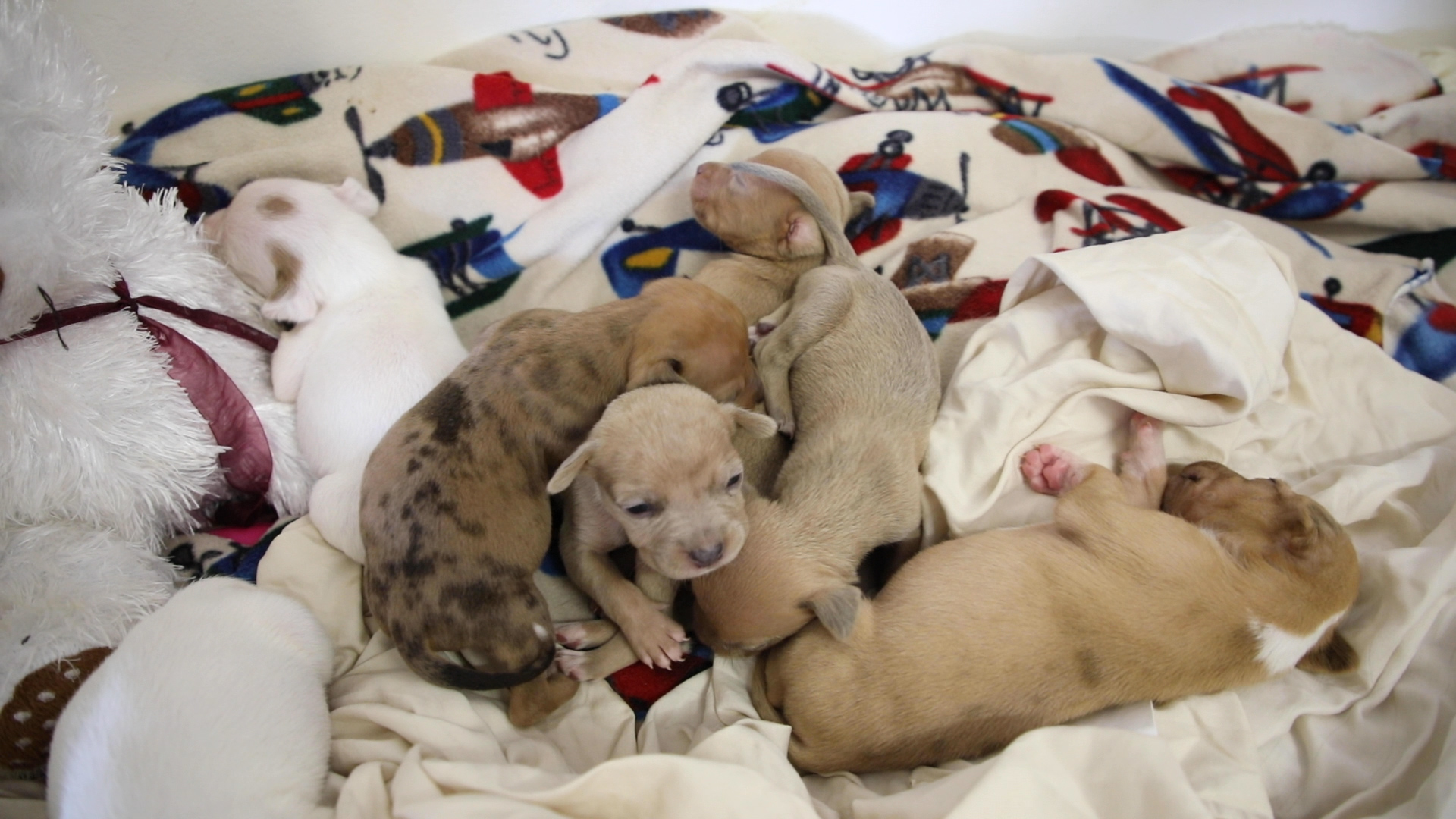 The puppies are now in the care of three highly experienced foster carers, all of them either current or former RSPCA South Australia staff.

The sudden arrival of so many vulnerable young animals has put added pressure on the charity’s already stretched resources, prompting the Society to call for public help.

“We really want to give these babies the best chance of making it through, but there are significant costs in caring for animals this young,” RSPCA SA Head of Animal Operations Tim Charles said.

“Aside from the initial long-distance transportation and ongoing veterinary care, our expert foster carers are providing round-the-clock feeds of special formulas that provide the nutrients normally received from the mother’s milk.

“Once old enough, all 12 will be desexed, vaccinated and microchipped before we find them new homes.

“We’ve done some calculations and conservatively estimate that, by the time these puppies go to new homes, it will have cost us around $12,185.” RSPCA South Australia Inspector Andre Sliedrecht, who is based at the charity’s Whyalla shelter located next door to Whyalla council’s dog and cat centre, collected the Staffordshire Terrier cross puppies on Wednesday morning after being alerted by council staff.

He immediately realised the puppies needed specialist veterinary care, so transported the animals about 170km to YP Vets in Port Pirie. Apart from being underweight and suffering dehydration, the puppies were found to be in reasonably good health. However, their separation from their mother at such a very young age (about 2.5 weeks) is an ongoing concern.

Inspector Sliedrecht described the situation as “very sad”, adding that there were much more humane options than simply leaving the puppies at the Council’s offices.

“This person has possibly tried to do the right thing in taking these puppies somewhere that someone would take care of them, but these babies are really not OK without their Mum, and nor is she likely to be doing OK without them,” Inspector Sliedrecht said.

“At 2.5 weeks they’re still too young to eat solid foods – they should be drinking their mother’s milk.

“It would have been much better if this person had come into our Whyalla shelter and spoken with us about the situation.

“We don’t judge people who find themselves unable to care for their animals – we know these situations come up through no fault of anyone, and we are here to help, not judge.

“We may have been able to offer extra assistance in this case, such as allowing the mother dog to stay with us for a few weeks until the pups were old enough to be weaned – giving them a much stronger chance of survival.”

Meanwhile, Inspector Sliedrecht is continuing to investigate the circumstances behind the puppies being left at the council’s chambers.

RSPCA South Australia urges people who wish to surrender young animals to either wait until they are old enough to be separated from their mothers (minimum nine weeks of age) or to surrender the mother too.

RSPCA South Australia is urgently seeking donations to assist with the intensive care needs of these 12 puppies. Donations can be made here.