Nearly a decade has passed since our very first volunteer photographer, Leigh Hyland, documented the rescue journey of the cheeky yet lovable cat Mo.

On his Facebook page, ‘Steamkittens’, Leigh has beautifully captured Mo’s story through photos – and we simply had to share his series. Mo’s faint little meows were heard in the roof of a fruit and vegetable building site, in Adelaide’s northern suburbs, in October 2010. Thankfully, someone called for help. RSPCA South Australia rescue officers drilled test holes and used a small camera to determine Mo’s exact location inside the roof. 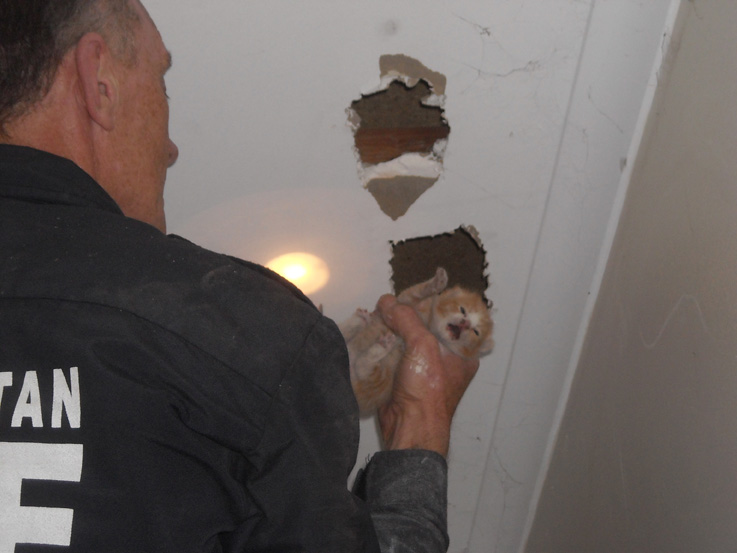 While no one knows how the ginger kitten managed to get into the roof, it took an amazing effort and the help of local firefighters to get her out! What a small bundle of fur Mo was. The firemen were very happy to save Mo and kept enquiring about her progress. Little Mo was so tiny, the little orphan couldn’t survive on her own. So, back at the Lonsdale shelter, Mo was introduced to surrogate mum with a litter that had recently arrived at RSPCA South Australia … spot the odd one out! Mum took to Mo straight away, cleaning and feeding her, and showing her the love she so desperately needed. From being all alone, Mo was now surrounded by adorable and tiny adoptive brothers and sisters. And her adoptive mum was quite protective of her new charge! The whole cat family soon went into RSPCA foster care to allow the kittens to grow older and stronger. When Leigh next saw Mo in December 2010, she was a lot bigger. 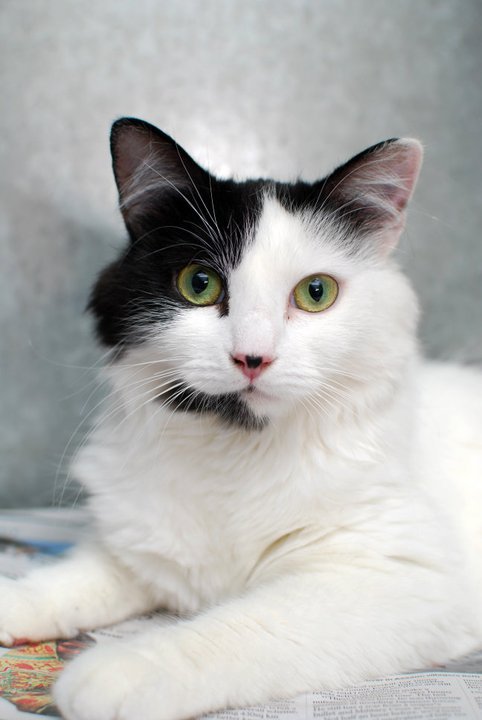 Soon, it was time to be separated from Mum – she went up for adoption and was taken in by a loving family very quickly. 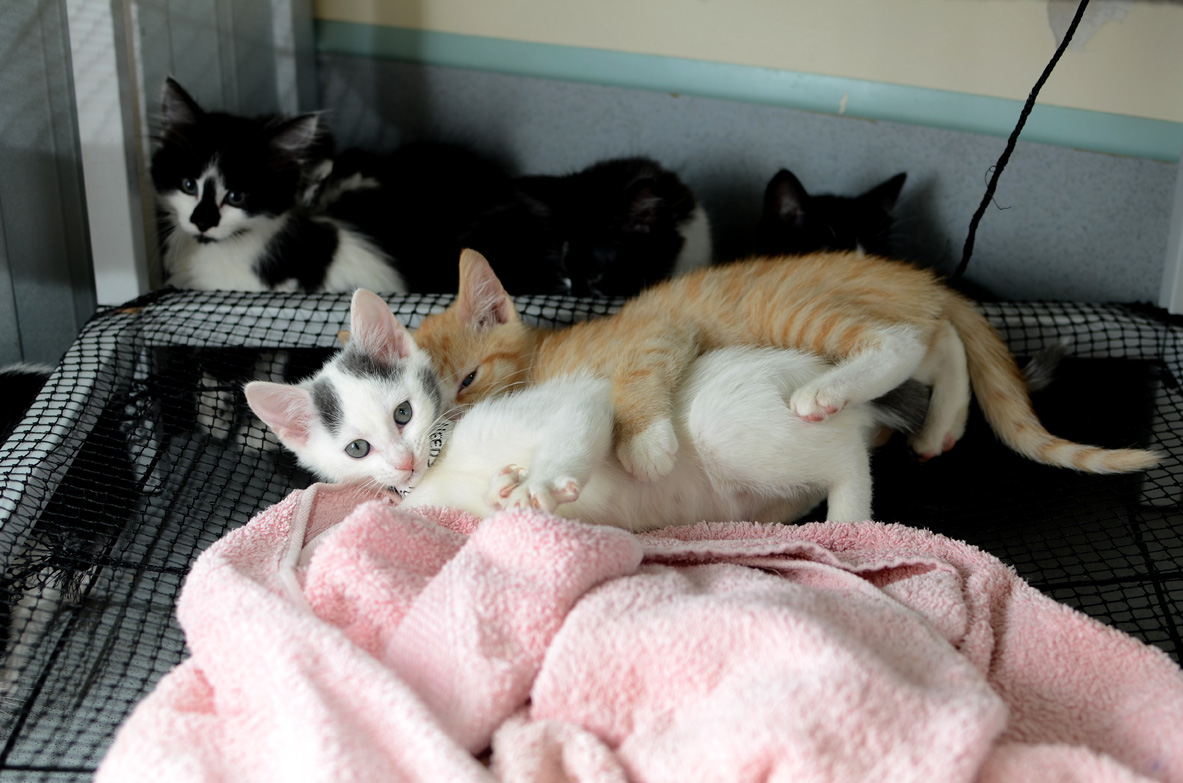 Mo, meanwhile, got to have fun with her siblings while they put on a little bit more weight. 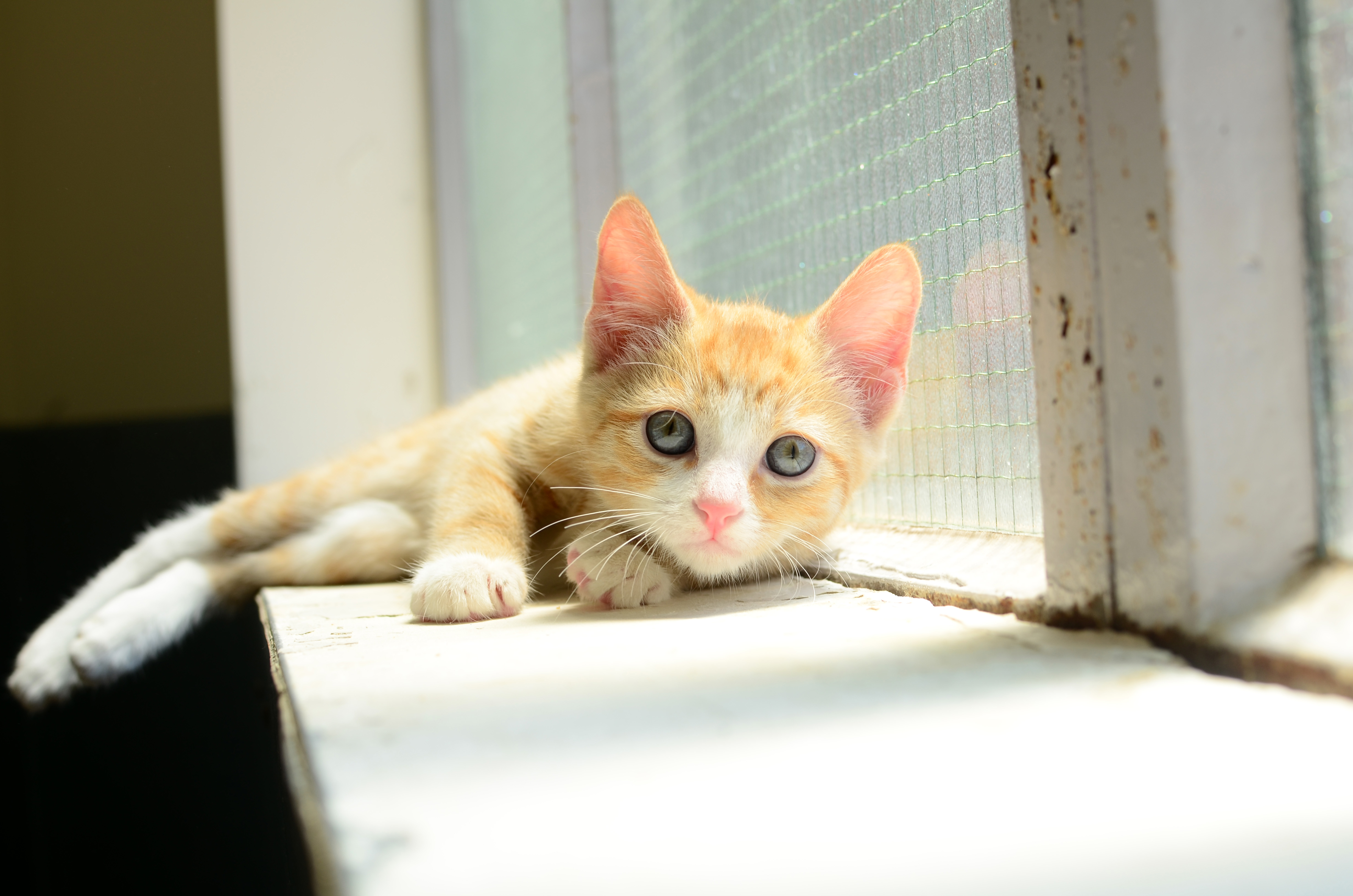 Mo was growing up so fast – and getting cuter by the second. RSPCA’s team noted that she was something of a rarity – normally ginger cats are boys! 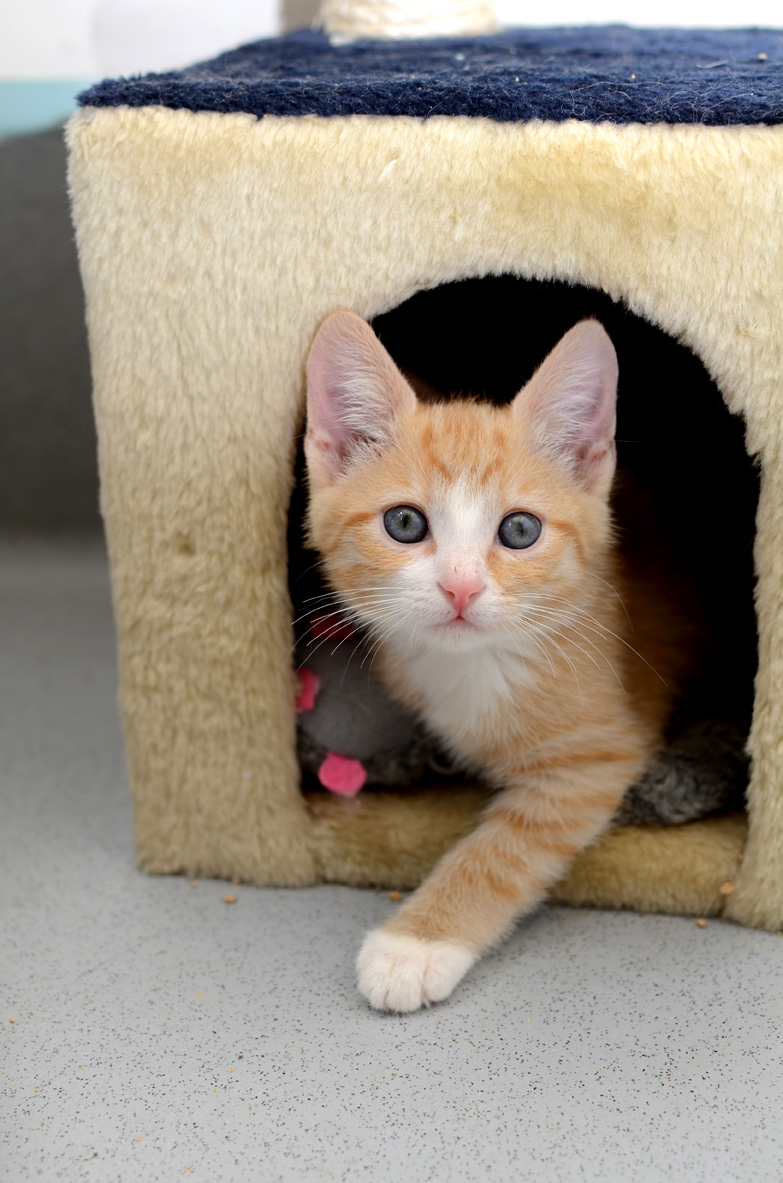 The adoption team knew that, with a face as cute as Mo’s, she wouldn’t take long to find a forever home. By January 2011, Mo had made a full recovery and was ready to be placed up for adoption. That’s when she found a forever home with her new mum Imogen. Mo quickly proved that she didn’t mind helping out with housework. And she loved making new friends. By November 2011, Mo had graduated from housework to home improvement! 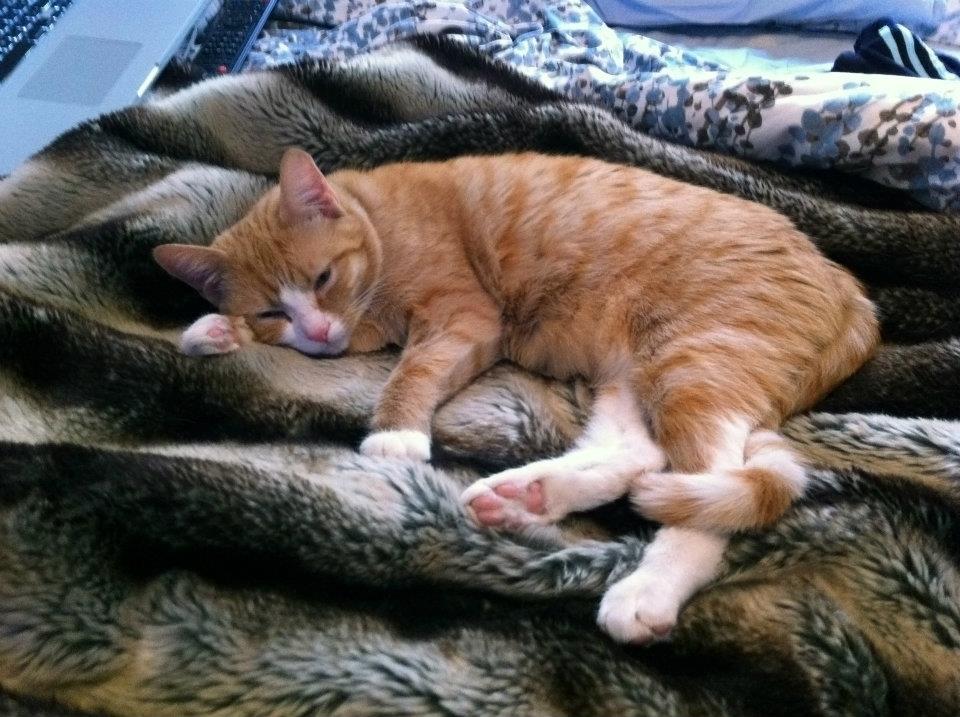 But don’t worry, she always takes time to rest and recovery properly afterwards.

January 2018: Mo couldn’t be happier with her family … even the dogs! Fast-forward to October 2018 – over eight years since a tiny, meowing Mo was found in a roof – and this ginger cat couldn’t be living a better life. Her loving mum Imogen tells us Mo spends most of her days sun-baking along the windowsill and making sure her younger canine siblings know she’s boss every day! 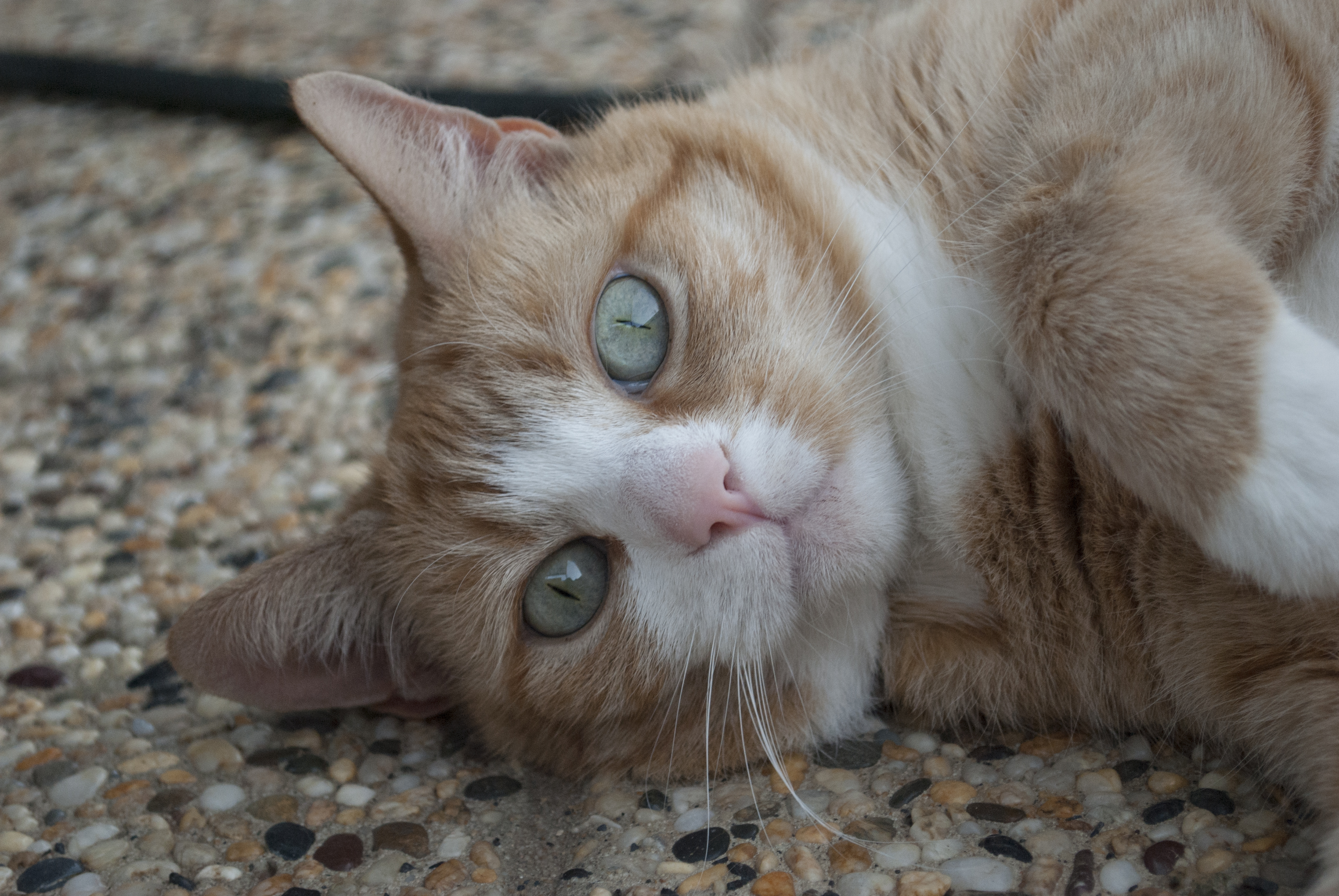 “Even at 8 years old, she is quite playful and has been known to give it back when they’re trying to play with her,” Imogen tells us. And, lthough she loves her time alone in the sun, Mo always ends up cuddling with Imogen on the couch or her bed every night. What a life of luxury!

Following Mo’s story through such beautiful pictures really warmed our hearts. A huge thanks to Leigh for capturing so many of her key moments over the years.