Trapped and dangling upside down for four hours, this junior magpie was in serious need of help.

The poor maggie had managed to get some twine and electrical cord tangled around the base of its foot.

“We received a call about a Magpie in Blackwood that had been blown out of its nest and had twine wrapped around its leg and couldn’t free itself,” she said.

Krista believes the bird may have been in its uncomfortable predicament for quite some time. Judging by its size, this magpie was well and truly past nesting age. 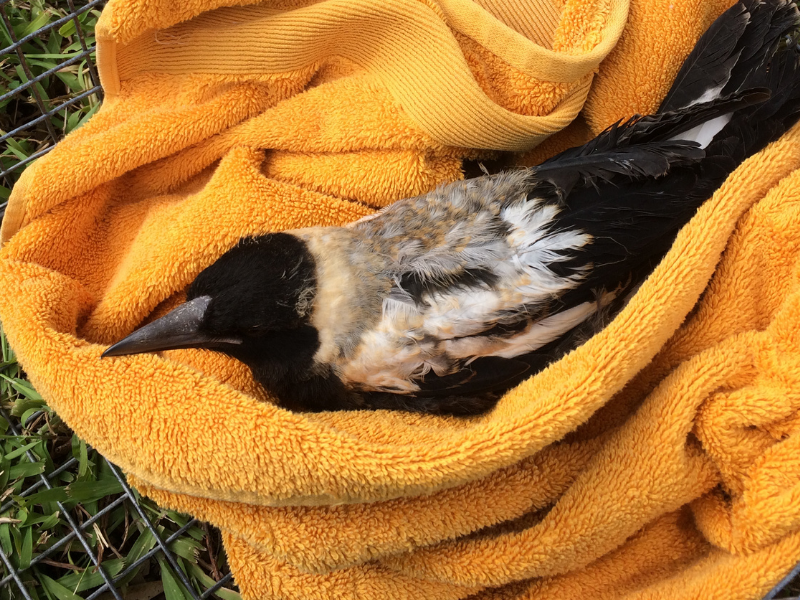 “Sometimes they make the nest out of all sorts of things, and when the babies are growing up their feet are growing and what happens is their feet can sometimes get trapped in the nesting materials.”

After assessing the situation, Krista determined it would be too difficult for her and accompanying volunteer, Faye, to rescue the Magpie without some additional help.

Krista’s extension poles weren’t quite long enough to reach the higher canopy of the tree where the bird was stuck.

“Faye and I knew we couldn’t physically reach to help this young one, who was suspended about 12 metres above our heads.” 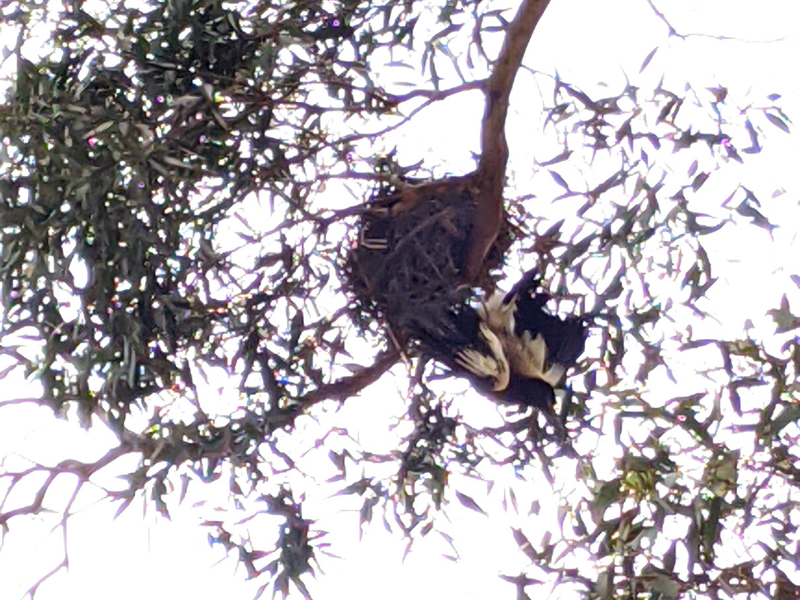 Magpie trapped below its nest before being rescued.

This little bird had found itself in quite the jam, dangling below a branch near some electrical wires.

Krista decided to call in the cavalry

“I called the CFS to come and help. They brought some long ladders but we still couldn’t quite reach,” she said.

While all this was going on, the magpie’s parents were watching every move from a neighbouring tree. 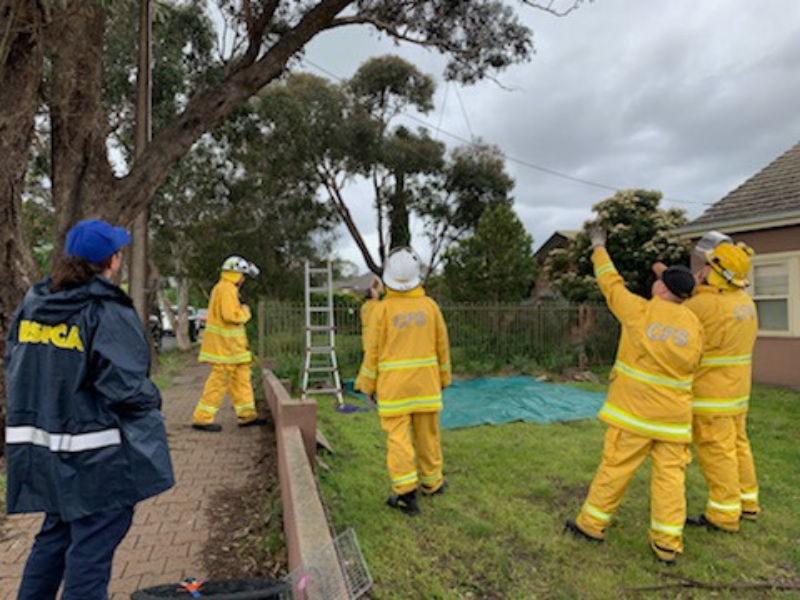 “I told everyone to put their hard hats on because it was very likely that we would be swooped.”

With the bird still stuck, Krista and the team now had to think outside the box.

“I ended up gaffer-taping a number of poles we had in the van together. Combining forces with the CFS, we were able to make the distance……just!”

With some delicate manoeuvring, it didn’t take long to cut the string, and the young maggie fell safely into the outspread arms of a CFS volunteer. 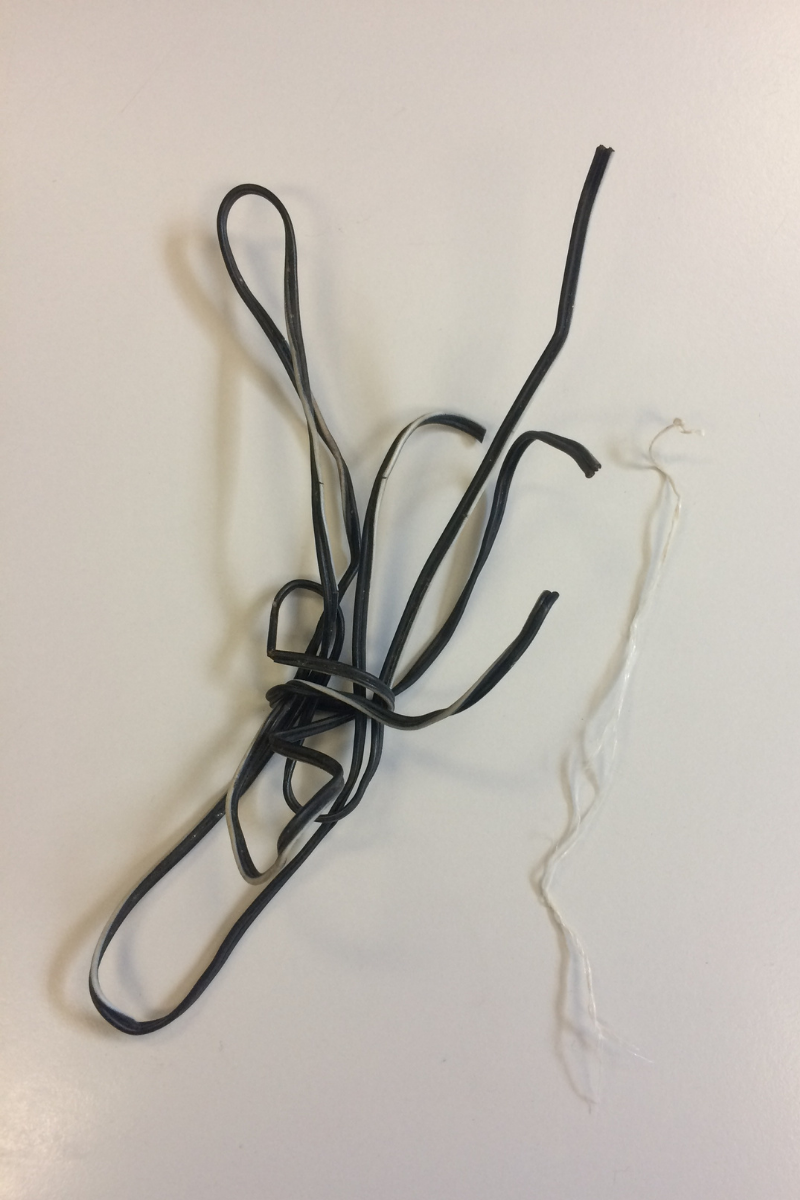 The cord and electrical cable that was wrapped around the Magpie’s leg.

“Racing over to it, I was able to hold it while Faye carefully cut the twine and electrical cord that was wrapped around its foot.”

Fortunately, the string hadn’t caused any serious damage to the little Magpie’s leg. Not for the first time, CFS volunteers had helped our rescue officers save an animal in distress.

“We wouldn’t have been able to save this little bird without the help of the local firies,” said Krista.

With his bungee jumping days behind him, the lucky little maggie was taken to a local vet to rest up. Interested in becoming a volunteer at RSPCA South Australia? We are always looking for people to help animals in need like this darling baby magpie. SIGN UP HERE to help us make a difference.