As Australians reel at sickening images taken by a whistleblower onboard several routine live export shipments, another vessel is due to dock in Port Adelaide this week to begin loading more sheep for the Middle East market.

Like most live export carriers, the Bader III has an appalling record of extreme animal suffering and mass deaths. The phase-out of this cruel trade must start now.

When large numbers of Australian animals die on live export ships, Australia’s Quarantine and Inspection Service (AQIS) is required to investigate and produce a report. These reports make for sobering reading.

The Bader III is one of just three live export vessels that are two-tiered. This means animals are packed into two levels of pens on each deck, making welfare checks during the long sea crossings difficult if not impossible. This design also restricts the crucial ventilation needed to prevent heat stress.

AQIS’ Mortality Report Number 46 tells us that on August 17, 2013, nearly 45,000 sheep walked up the ramps on to the Bader III at Port Adelaide, along with an unknown number of camels.

The ship travelled on to Fremantle, where a further 30,795 sheep and some cattle were packed into pens onboard. The stocking density was in accordance with the Australian Standards for the Export of Livestock. The hottest time in the Middle East are the middle months of the year. Data shows that sheep deaths spike on board live export carriers entering the region at this time. The mercury climbed as the Bader III crossed the equator bound for its first Middle Eastern destination, Qatar.

Something went terribly wrong on Day 21 of this shipment, when the Bader III finally arrived in Qatar’s port city of Doha. The temperature in Doha on this day – 7 September 2013 – hovered around 38C. As the crew began offloading sheep, a staggering 4050 died – one of the largest numbers of exported Australian sheep to die onboard a ship in a single day.

Almost 80% of the sheep that died were from the Adelaide consignment. Unsurprisingly, the live export vet reported that most died from heat stress.

Under our Federal Government’s 2% rule, more than 1,500 sheep had to die onboard this particular shipment before Livestock Shipping Services were required to make a report that would trigger an investigation by the regulator, Australia’s Federal Department of Agriculture.

That is a lot of dead sheep.

If less than 2% of sheep had died – say, 1400 on this 2013 shipment – that would have been considered an ordinary part of the live export business.

However, the number of dead animals on its own is not a good indicator of animal welfare. The ones that don’t die equally suffer.

The latest images aired on 60 Minutes give a shocking insight of what mass death and extreme animal suffering on board a routine live export shipment during the Middle East’s summer looks like.

Sheep unable to reach food and water. Sheep unable to lie down for the entire three to four week journey. Sheep panting and frothing at the mouth from heat stress and collapsing on decks belly-deep in excrement.

Yet still our Federal Government keeps issuing export permits to companies that routinely breach regulations, and the animals keep being loaded in full knowledge of the suffering that inevitably awaits them. 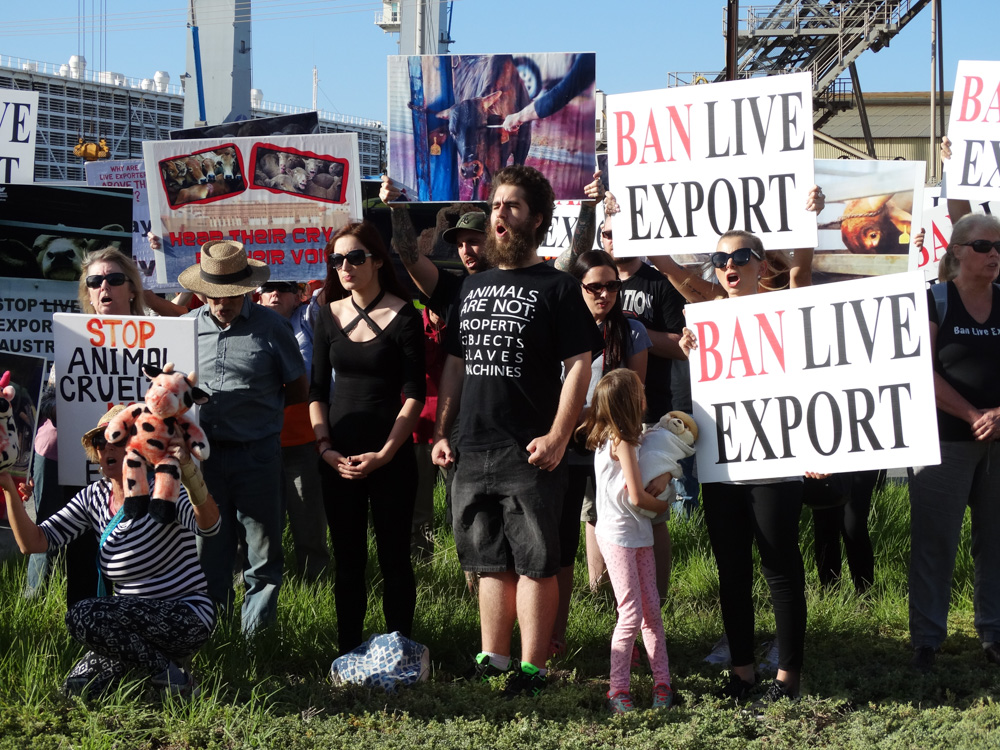 The Bader III’s latest victims of this trade are also headed to the Middle East. Livestock Shipping Services knows and presumably accepts that a percentage of its cargo will not survive.

Questions are now being raised about the role of insurance in the live export trade. Just how much live exporters like Livestock Shipping Services receive per dead sheep from their insurers is unknown.

But if mortality rates are any indication, there appears to be little commercial incentive to achieve what is surely the main aim of this trade, to deliver sheep that – by journey’s end – are still alive.