For John Lennon, it hasn’t been an easy road. Over the years, the unique lop-eared rabbit has grown accustomed to our Lonsdale shelter, where he was surrendered twice through no fault of his own.

The 6-year-old came back into our care in July 2019, with a severely matted coat, broken claws, and teeth so overgrown that he couldn’t even eat properly.

“He was in a terrible state,” recalls RSPCA South Australia volunteer in pocket pets, Paula.

“I was concerned that when he was ready for adoption again, he may not find a home that would cater to his needs.” 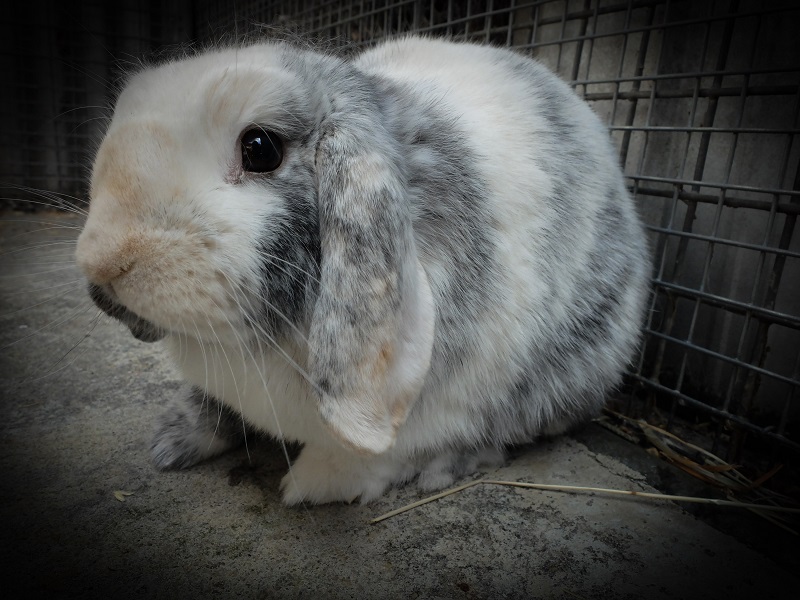 When John Lennon arrived at the shelter the second time, he caught the eye of pocket pets volunteer Paula, but he was also recognised by someone who knew his history all too well.

Dedicated RSPCA foster carer Lori had fostered John Lennon when he was first surrendered to RSPCA’s care in 2014.

When she saw him again five years later, she was a little disappointed – but thankful he had been surrendered to receive the care he needed.

“I’ve dealt with hundreds of rabbits over the years. But when we get special ones in, they really stand out for us. We put our heart and soul into them,” Lori tells us.

“Seeing him again all these years later, and seeing him terribly matted, was very upsetting for me. But I was just glad his previous owner had done the right thing and surrendered him back to us when they realised they couldn’t provide for his needs.”

So of course, Lori was more than willing to take John back into foster carer and nurse him back to health for a second time.

“He just needed a special helping hand,” she says. “He had so much love to give.” 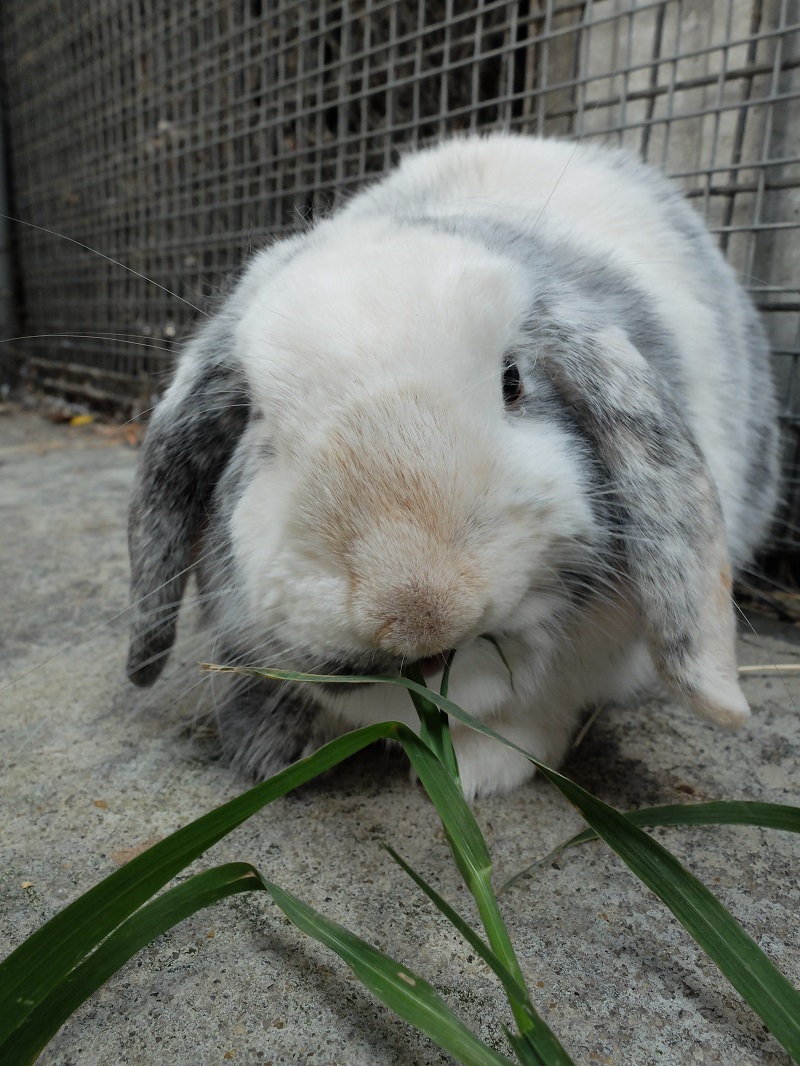 Once our vets had carefully clipped Jonh’s coat and trimmed his nails, they then burred down his overgrown teeth and placed him on a special diet of extra hay and leafy greens.

While his hair grew back and his teeth were being treated, John went under Lori’s watchful eye – for the second time.

John Lennon’s teeth needed to be closely monitored, otherwise they could have grown unevenly, and even up into his eyes.

As a rabbit with dental issues, it was super important that John ended up with someone who really understood his needs. and could provide the ongoing maintenance he needed to avoid future agony.

“In the month I had John, I was on the lookout for a special home for him,” Lori tells us.

“When I found out that Paula wanted to adopt him, I was over the moon. She knew he had special needs, and as a pocket pets volunteer she loved him and wanted to help him.”

After John’s time with Lori, our vets gave the sweet boy another health check and decided he was ready to move on to what would certainly be a very special forever home.

“It was third time lucky for our dear John Lennon,” says Lori. 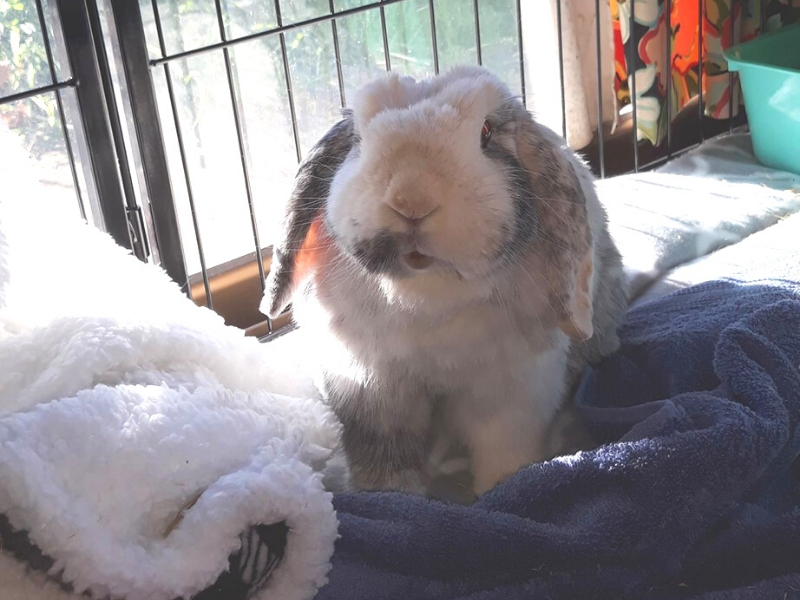 In his very own bachelor pad, this sweet rabbit now fills his day with toys, hay galore and ABC radio

A long time volunteer with RSPCA South Australia, fur mum Paula is committed to helping animals in need. She first started helping out at RSPCA’s Lonsdale shelter back in the 1980s, but it wasn’t until just one month before John Lennon came back to the shelter that Paula focused her volunteer efforts in our pocket pets area.

“I believe it was meant to be,” Paula says.

“If I hadn’t been volunteering in pocket pets, I would never have met John Lennon and been able to assure Lori that I would be able to see to all his needs.”

And now? We know for sure that John is in the right hands with Paula. This lucky bun has his very own bachelor pad in Paula’s sun room where he loves cuddling his toys, eating hay and stealing chicory leaves straight out of the shopping bag!

He even loves listening to the radio, relaxed by the soothing sound of Peter Goers on the evening ABC…. and of course, the occasional Beatles song 😉

Not so low maintenance: the reality of caring for a pet rabbit

As thrilled as we are to see John Lennon’s happy life now, unfortunately his previous condition stemmed from a lack of education and understanding of his true needs.

At RSPCA South Australia, we sadly see many rabbits surrendered to our care by well meaning owners who were misinformed about the real requirements of caring for a companion rabbit.

“I’m sad that bunnies are not given the same respect or understanding that most of the ‘mainstream’ companion animals like dogs and cats are,” Paula says.

“They are great pets, but quite labour intensive and the wider public seem to have a false understanding that they are ‘easy’ and ‘low maintenance’.”

The truth is, rabbits are intelligent and inquisitive animals who require just as much love, attention and care as cats and dogs, just in different ways.

Like John has with Paula, bunnies are sure to become an integral and rewarding addition to each family, but only if you allow them to truly become part of the family.

You can learn more about caring for your pet rabbit here. 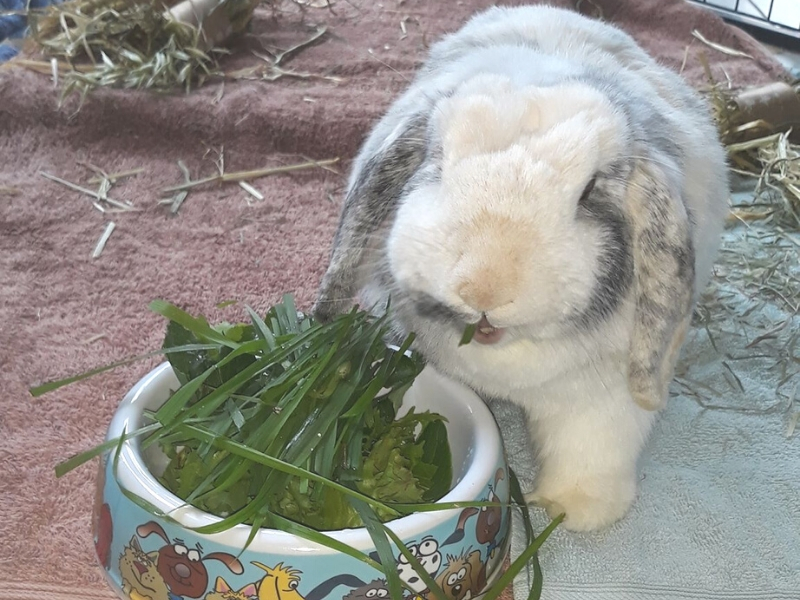 A lifetime of love for one very special rabbit

Over the years, John will require ongoing vet checks and care for his teeth, but it’s more than worth it for Paula. And as John’s foster carer, Lori couldn’t be more thrilled.

Lori often gets to visits the beloved bun in Paula’s house, where she tells us he’s always just so happy.

“Paula just adores him,” she says.

“As a foster carer, it is so lovely to be able to see your animals again after they’re adopted, see them happy, and know they are being cared for well.”

Looks like sweet little John Lennon got the happy ending we all hoped for. 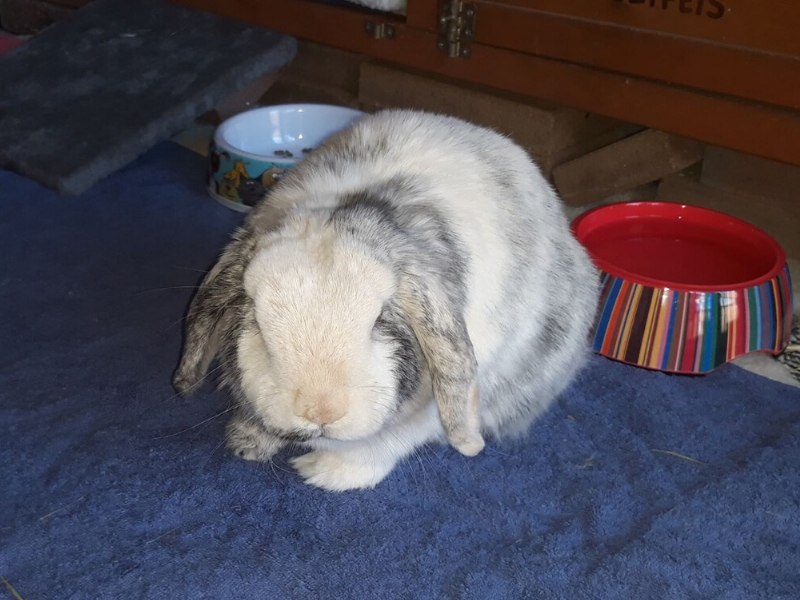 We’re so glad this beautiful bun found a forever home with one of our  dedicated volunteers. If you’re considering opening your heart and home to a rescued animal just like John Lennon, head over here to see all our animals currently available for adoption.

5 thoughts on “Meet John Lennon, the special needs rabbit who found his forever home with an enamoured volunteer”

Adopted 18 years ago, Copper and his owners have been through everything together13 Jan 2021
© Copyright 2021 RSPCA South Australia