Stitch edged closer to death. He was entombed inside a garbage bag and left on the side of the road to die.

In a life-saving stroke of fate, a police car driving past decided to stop. A tattered cardboard box had caught the drivers eye.

The car ground to a halt, Stitch gave out one last cry for help. Miraculously he was heard and he was saved.

An act of hate on such a loving creature

Poor Stitch was in a lot of pain. A deep, open wound on his lower stomach had been left untreated for quite some time.

The vet team at RSPCA South Australia were quick to stitch, Stitch up. He was prescribed antibiotics to treat the infection and medication for extended pain relief.

The staff and volunteers treating Stitches were in awe of his gentle and loving temperament. How could a at who had been treated so terribly, still be so trusting and gentle? 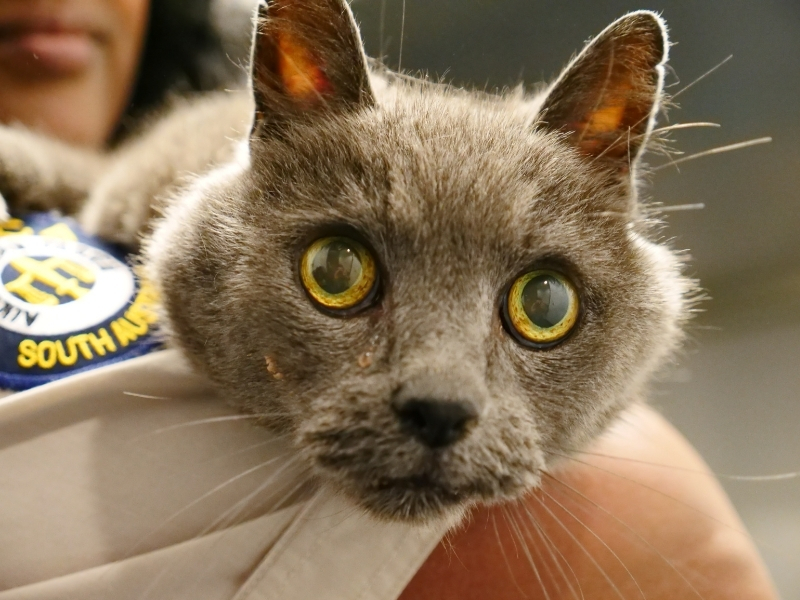 There’s still some good in this world

His tragic story shocked our community, with many choosing to take action.

Stitch’s Animal Emergency Fund received an overwhelming amount of donations, which helped to pay for his vet treatment, rehabilitation and foster care.

He was finally receiving the love and care he deserved.

Finding Stitch a place to rest

With his injuries on the mend, it was time to find Stitch a loving foster home.

Thankfully he was able to find respite with the champion of senior cat foster care, Jenny Sherring.

“When I first took him home, he was living in my bathroom as he had a mild case of the flu. He had to wear a cone on his head as he had just undergone a wound repair on the left side of his groin,” explained Jenny. 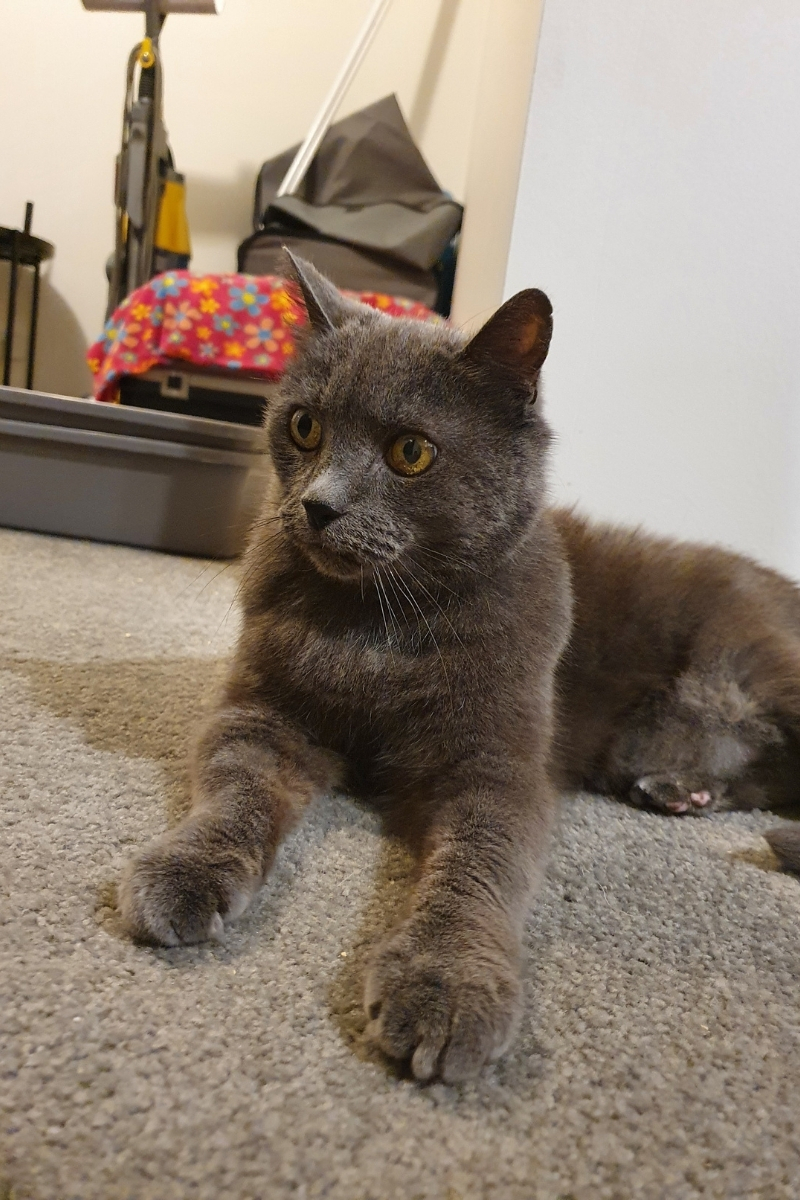 He started to show his true colours

Stitch has proven to be quite the socialite when it comes to human interaction.

“He settled in almost straight away and instantly purrs the moment you pat him. He has funny little bursts of energy where he will run out of one room and into another. All of a sudden he will go wide-eyed and climb up the cat scratching pole,” said Jenny.

Jenny loves to watch the old boy play with some of her other cat’s toys. “It’s absolutely adorable to see him play – it shows you that toys are not just for kittens.”

A throne fit for a king

When it’s time to relax Stitch loves to curl up in his favourite resting place, a nice big comfy chair in one of the spare bedrooms with his own window view.

“Whenever it’s feeding time, I open the door and he is just sitting there looking up at me patiently waiting for his food. He will then give out a meow when I talk to him and tell him the food is on the way,” said Jenny.

“He is such a gorgeous cat and I wish I could keep him but I just simply can’t keep all my fosters. It’s going to be so hard to let him go but I will make sure he finds the perfect forever home.”

“He is just an angel and a delight to foster. I love going in to say good morning to him and kissing him on the head and I’m going to really struggle to say goodbye to him. He deserves the absolute best after what happened to him.”

Want to gift an older cat a loving forever home? We have plenty of animals ready for adoption, looking for a new family. Click our link to see some of our furry angels.