Hundreds of animals are being abandoned and left to starve in South Australian backyards and vacated properties each year, with help arriving too late for some.

RSPCA South Australia has today given a no-holds-barred look at the horror of animal suffering and death occurring across our state, as the charity launches its second annual Combat Cruelty campaign.

RSPCA is the only SA charity empowered to enforce laws against animal cruelty offenders, but this life-saving work is only possible with help from members of the public.

Cats, dogs, rabbits, reptiles, birds and even fish were among the 579 animals RSPCA South Australia inspectors and rescue officers found abandoned on properties across the state in the past 12 months – up from 567 animals abandoned in 2017/18.

Dogs and puppies were the most commonly reported abandoned animals (323 this financial year compared to 325 last year). Cats and kittens abandonment increased from 160 last financial year to 188 this year.

Among the worst of animal abandonment cases investigated this year were:

Some of these animals’ owners were among the 38 South Australians convicted for offences under the state’s Animal Welfare Act last financial year.

They included a couple who received 10-month suspended prison terms in March 2019, after pleading guilty to starving their Staffordshire Terrier Cross dog to death. The dog, named Boss, was found dead inside a locked aviary in the backyard of a vacated Burton house in June 2017. 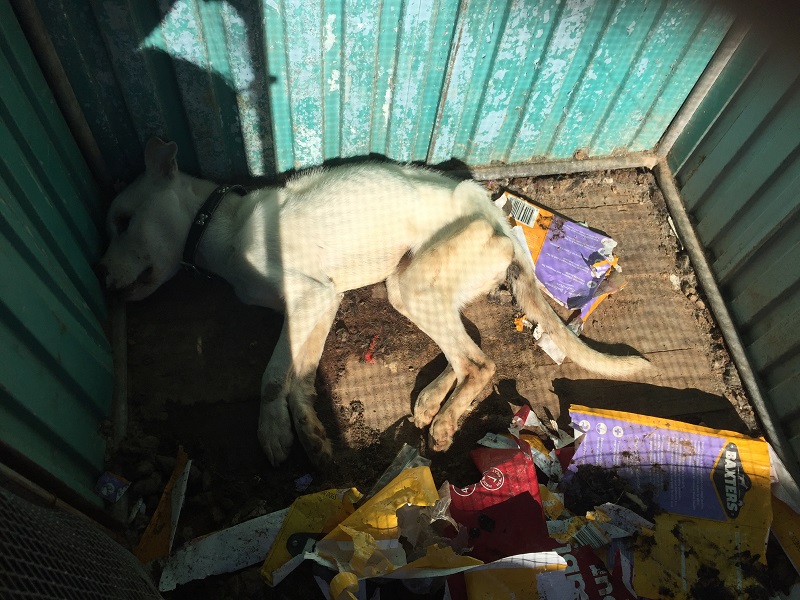 “Cases like the one with Boss are absolutely heartbreaking. His death was cruel and senseless,” Chief Inspector Lewis said.

It is illegal to abandon an animal, but RSPCA often faces difficulty bringing such cases to court.

“Abandoning an animal is never okay – more humane options exist for people who find themselves unable to care for an animal.

“It’s time for the stigma attached to surrendering animals to end. It’s far better for animals to come into the care of a reputable animal welfare organisation like RSPCA than to be neglected or – even worse – totally abandoned.”

The 32 court cases involved 38 defendants and 381 animals, and included:

Five defendants received prison sentences, all of which were suspended except one in which the defendant deliberately mutilated and killed a dog.

But the scale of cruelty and neglect is far greater in South Australia than this figure suggests, with a total of 4,244 cases handled by RSPCA inspectors last year, including:

Legal action is reserved for the most serious cases of animal cruelty and neglect.

“Wherever possible, we aim to educate people on how best to care for their animals – we believe this is the only way to create lasting change,” Chief Inspector Lewis said.

“For some owners, being reported to RSPCA and receiving a formal visit from an inspector is the catalyst for dramatic change, which improves the life of the animal currently in that person’s care, as well as future animals they may acquire.

“This is what RSPCA is all about. Our charity was founded 144 years ago to prevent cruelty to animals and education is the key to achieving that core goal.”

Members of the public can assist inspectors in reducing animal suffering by pledging to stand up, speak out and take action against cruelty. See the full Combat Cruelty case files and take the pledge online: www.combatcruelty.com