A young rabbit found last month in a shopping bag left in a toilet cubicle at Adelaide airport is now enjoying life with his new family at Encounter Bay.

The apparent dumping of the one year old male Netherland Dwarf X rabbit – nicknamed Boeing by his rescuers – triggered a security scare.

A member of the public notified authorities after seeing the abandoned bag inside a female toilet cubicle on the airport’s ground floor on the evening of Wednesday June 27. 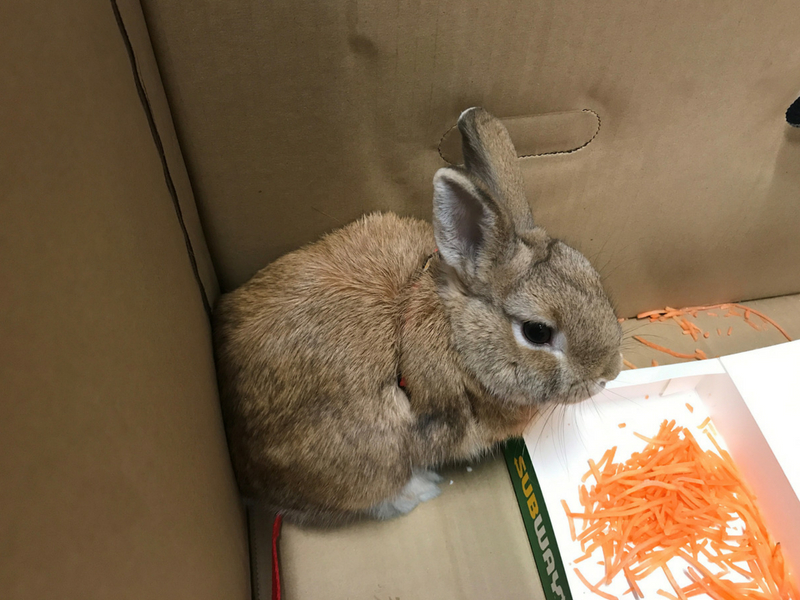 The Australian Federal Police then called in members of the bomb squad to investigate. They were surprised – and relieved – to discover the bag’s unusual contents, a small rabbit wearing a red harness.

By the time RSPCA South Australia Rescue Officer Nalika Van Loenen arrived on the scene, the kind-hearted AFP officers had transferred the rabbit to a box and provided him with some shredded carrot to munch on. He spent the rest of the evening in a warm cage at RSPCA’s Stepney headquarters before being transferred to RSPCA’s Lonsdale animal shelter.

With no-one coming forward to claim him, Boeing was put up for adoption and soon caught the eye of Nicole Ellers and her two daughters, 13 year old Abbie and 8 year old Jessica. 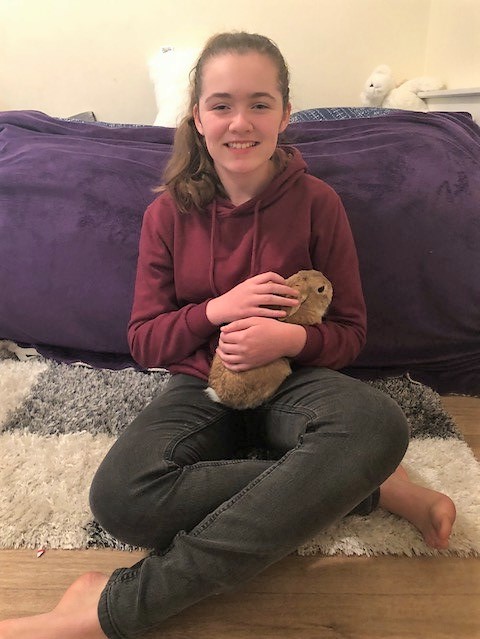 “There were several rabbits available for adoption but we instantly fell in love with Boeing”, Ms Ellers said.

“We all adore him and he seems to be enjoying life with us.

“We’ve set him up with his own pen inside our home but a lot of the time we just let him hop around wherever he likes.

“He’s house-trained and he’s just so easy and lovely to have around.”

RSPCA South Australia rabbit expert Jodie Anastasi said it was wonderful that Boeing (renamed Bowie by the Ellers) has found his forever family after his ordeal.

“Anyone considering adopting a rabbit needs to be aware that they like company and are very curious creatures.

“They can’t just be locked up in a hutch all day with no interaction, exercise or a chance to explore.

“They will either get depressed or start to act out.

“When you give a rabbit attention and affection, they will pay you back in kind, and in abundance.

“We’re very grateful to the Ellers for giving this lovely little bunny the home he deserves.”

Meanwhile, the person responsible for abandoning Bowie has now been identified and investigations around the circumstances of this individual’s actions continue.

Under SA’s Animal Welfare Act, it is illegal to abandon an animal. RSPCA South Australia urges members of the public to show compassion and never dump an animal but rather bring the animal to an animal shelter where it can be cared for and rehomed.