The fruit bats (Grey-headed Flying-foxes) are back in full flight just in time for Saturday Oct 31, the scariest night of the year – Halloween.

No, you won’t turn into a vampire if one of these furry critters manages to bite or scratch you, but there are good reasons why you shouldn’t touch a bat if you find one. 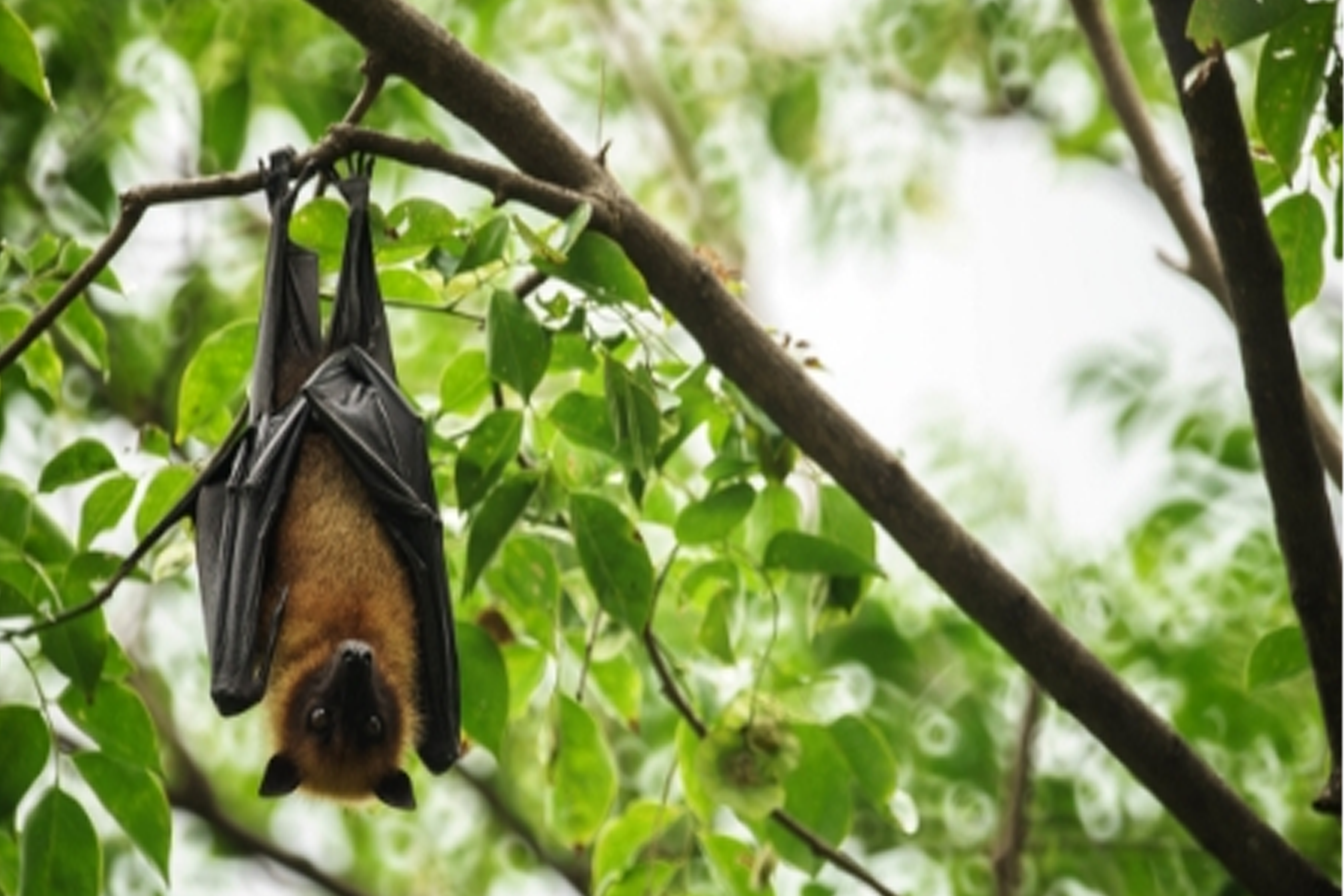 What is the first thing you should do if you find a fruit bat in your yard?

If you see a bat in your backyard, on its own during the day, there’s a good chance something is wrong with it. Bats are nocturnal and also live in colonies, so if they’re out on their own in broad daylight, something is probably amiss. If it’s on the ground then it’s at risk from predators, so the first thing to do is to lock away your cats and dogs. Avoid touching the bat and, if it’s daytime, find something like a washing basket to put over the top of it until help arrives. This will contain the bat and protect it from the sun. From here you’ll need to call in some expert help, so phone Bat Rescue SA on 0475 132 093, the Fauna Rescue SA bat line on 08 8486 1139 or RSPCA South Australia on 1300 477 722.

How do you know if a bat needs help?

A bat out on its own in the day time needs help, whether it be an adult or a baby. It’s the same if you see one hanging from a power line – we’d like people to report that to us as well. While the bat may be dead, there can often be a baby that’s still alive, clinging to it. In these situations we call SA Power Network to help us get them down.

Are fruit bats dangerous for humans to handle?

You actually have to be vaccinated if you want to rescue fruit bats. The danger is you can contract Lyssavirus (Australian Bat Lyssavirus ) if one bites or scratches you. only 1 percent of healthy bats carry the virus, so it’s a really low risk, but unfortunately there is no cure for Lyssavirus once the symptoms have started. It’s a nasty condition, which can lead to death.  If you get bitten it’s important to seek post-exposure treatment. Clean the wound thoroughly and head to your GP as soon as possible, letting them know you’ve been bitten by a bat.  Only one bat has tested positive to the disease in the state since they first migrated to South Australia in 2010 from the eastern states.

Are fruit bats harmful to pets?

We get a lot of callouts to households where a dog or cat has grabbed a bat in their mouth and taken it inside. Your pets will cause much more harm to the bat than vice versa. For the bat’s safety, we recommend you keep them as far away as possible. Horse owners would be familiar with the risks of Hendra virus. The good news for us in South Australia is that these cases have involved black flying foxes in northern Australia, not the Grey-headed Flying-foxes found in South Australia. For your horses safety we recommend they are not allowed to graze under trees where bats are known to be feeding on blossom. Still, if you have concerns for your horses’ welfare, they can be vaccinated for Hendra virus.

Why are there more bats around in Spring and Summer?

Bats are actually around all year. It’s just that when the weather warms up, people start to notice them more because they have their windows open and spend more time outside during daylight-saving hours. This time of year, Bat Rescue SA gets a lot of calls from people saying there are loads of bats in their garden and they are screeching and making a lot of noise. The bats will follow blossoms, so if you have a blossoming tree in your garden don’t worry. They will generally hang around for about six weeks and then they will move on to a different area.

What is baby bat season?

From November to December you need to keep an eye out for babies on the ground. During Spring and early Summer, fruit bat mothers will carry their babies while they forage for food. The babies will stay with them until they get too big, at which point they will need to stay back within the main bat colony in Botanic Park, just east of the city. Mishaps can happen, where babies drop to the ground and their mothers can’t retrieve them, and that’s when bat rescue experts need to pick them up and hand-rear them until they are big enough to be released back into the wild.

How does Covid-19 affect fruit bats?

There have been no cases of SARSCoV-2 being identified in the Australian bat population. In fact, according to a report by Wildlife Health Australia, the greatest risk to this occurring would be if it was given to them by an infected human. This is another reason why you should keep your distance if you find one. Bat Rescue SA volunteers are now wearing masks and gloves when handling bats, to protect the bats’ health during this pandemic. 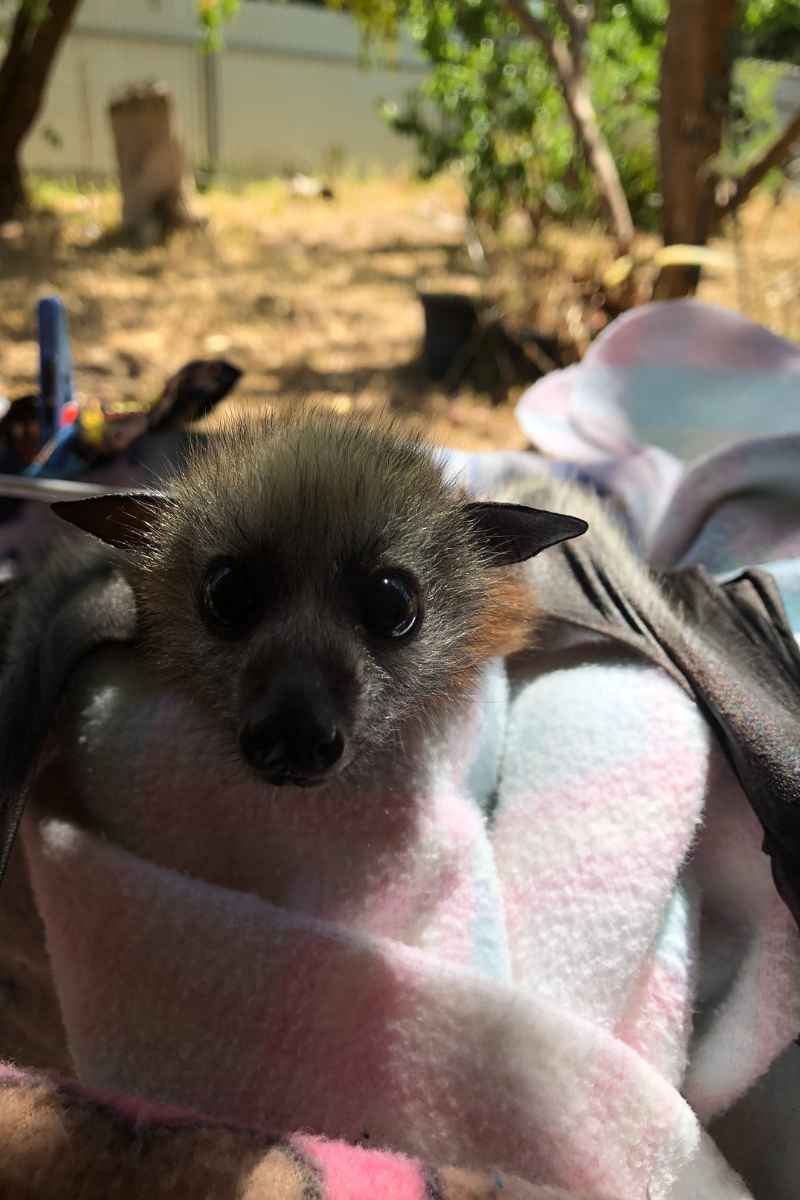