It was lucky that Asha arrived in our care when she did. Had she come to RSPCA’s Lonsdale shelter any later, we don’t know how much longer she would have survived.

After a tip-off from a concerned neighbour, 2-year-old Asha was found in a backyard with no food or water – her hip and backbones poking out. At 18kg, Asha had a body score of just 1 out of 9. But she wasn’t alone.

Despite being severely emaciated, the brave young mum was fighting to keep seven 7-week-old puppies alive. Despite her weakened state, Asha is such a cooperative and lovely patient for our vets

Asha and her pups were immediately attended to by our Chief Vet, Dr Brad Ward.

“All Asha had, she had given to her pups. If she hadn’t been surrendered to us she would have died,” Brad says. 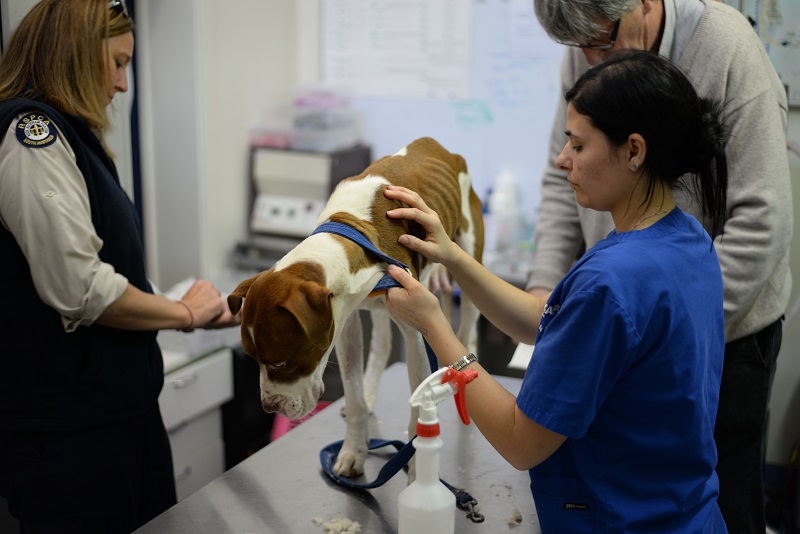 Poor Asha needed round-the-clock care and supervision, with a specialised meal plan to help her gain weight. But despite how weak and underweight she was, she was still so trusting.

“She was a very nice dog, very friendly,” Brad says.

“She had even done damage to the tip of her tail from excess wagging.”

It was incredible to see that even after all she had been through, Asha still had such a strong spirit. 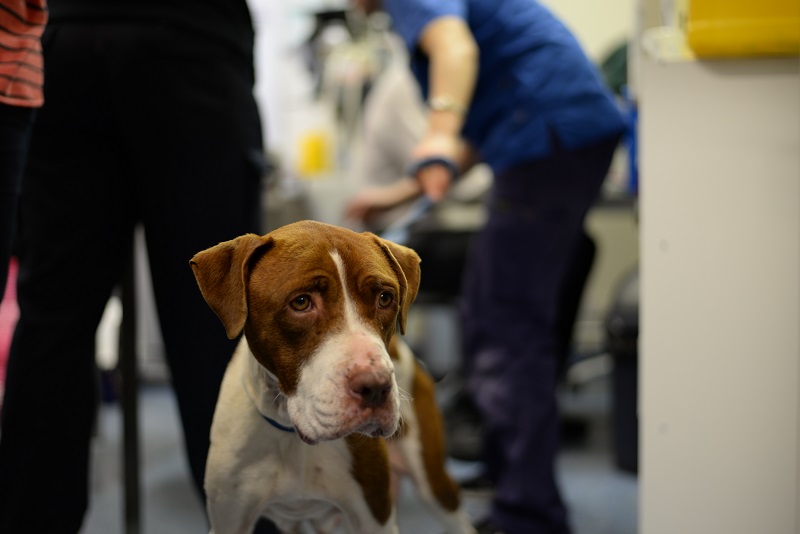 Now that Asha was in the care of our experienced vet team and animal carers, the burden of looking after her young was eased.

But our vets had concerns about the smallest of her 7-week-old pups, tiny Millie.

Weighing just 600g, Millie was so weak and tiny that she was less than half the weight of her sibling Steve. With Millie being hypothermic, anaemic and unable to eat on her own, her care was incredibly touch-and-go. In order to survive, the tiny puppy needed to be fed specialised formula every two to three hours.

Luckily, one of our dedicated foster carers ensured Millie was given the care she needed – and the beautiful girl grew to 3.6kg. We know stories like these aren’t easy to read. But at the end of it all, a happy ending for Asha and Millie was right around the corner.

After being nursed back to health, both Asha and Millie were adopted into loving forever families. For the first few months of her life, Millie was so tiny that she would fit into her human siblings hoodie pockets – and was carried everywhere! Millie’s fur mum tells us that “she’s got a beautiful temperament. She just grew into herself and became the most spoilt dog.”

Now Millie loves lying around peacefully, before a burst of energy overcomes her and she runs around the house. 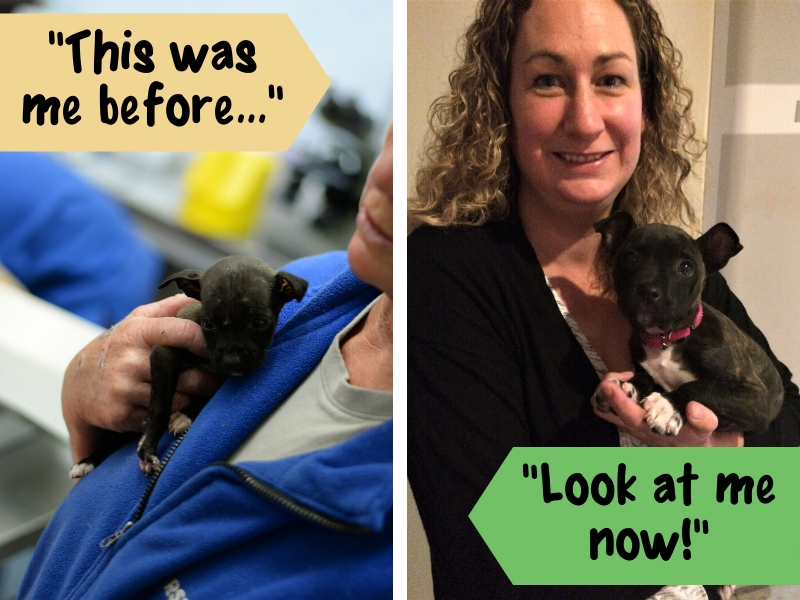 “She has a couch in the backyard that she’s owned as her own – she’s certainly got a cushy life!”

It couldn’t be further from the Millie we met at just 7 weeks old, clinging to life. 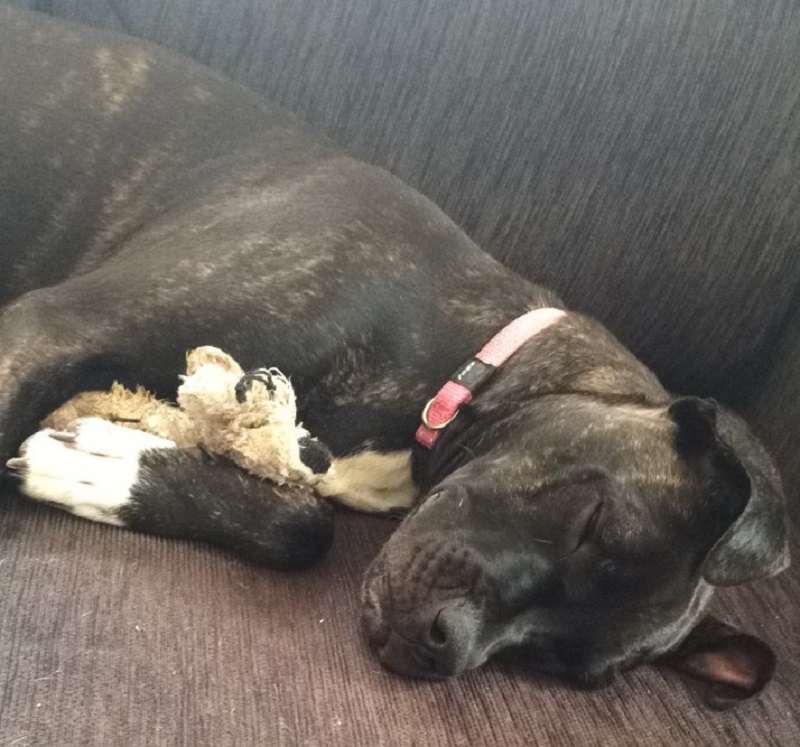 Rescuing neglected and abandoned animals can be confronting, but seeing animals just like Millie so happy in their forever homes makes it all worth it.

Asha and Millie only have people like you to thank for their happy endings. To save more emaciated animals and give them the round-the-clock care they need, please donate today.

6 thoughts on “Emaciated and clinging to life: how this brave mum and her tiniest pup fought the odds to survive”